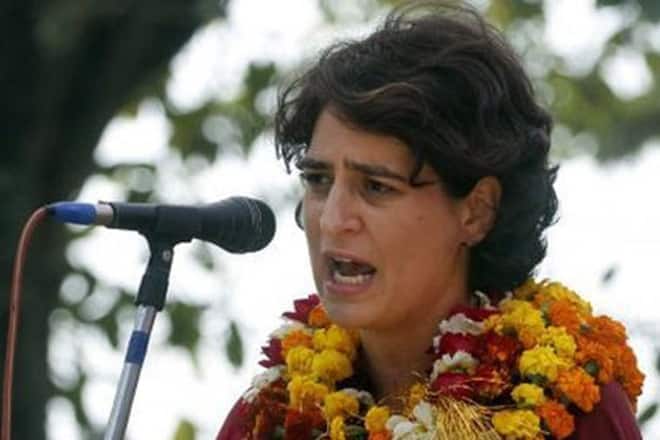 Amethi is a Gandhi family pocket borough and is represented by Congress vice-president Rahul Gandhi in Lok Sabha, while neighbouring Rae Bareli is represented by party chief and Rahul's mother Sonia Gandhi. (PTI)

The BJP today targeted Priyanka Gandhi Vadra over her poll campaign in Rae Bareli for the Congress-SP alliance, saying it was unfortunate that she was seeking votes for those accused of “rape and murder”.

BJP national secretary Shrikant Sharma referred to the rape charge against Gayatri Prajapati, a minister in the Akhilesh Yadav-led SP government in Uttar Pradesh who is contesting the ongoing state Assembly polls from Amethi, and the murder charge against another SP nominee Arun Verma, to target Priyanka.

“It is unfortunate that Priyanka Gandhi Vadra sought votes for someone who is accused of a heinous crime like rape. She chose to keep mum on the allegation. She and Rahul Gandhi are not with the people of Uttar Pradesh but with those accused of rape and murder and those who protect them,” Sharma told reporters here.

He hit out at the Uttar Pradesh government for the “lack of action” against SP MLA Verma, who has been booked for the murder of a woman who had earlier accused him of raping her. Sharma said it was unfortunate that Rahul and Priyanka targeted Prime Minister Narendra Modi but said nothing about such serious allegations against SP candidates.

Priyanka yesterday joined brother Rahul in attacking Modi over his “UP’s adopted son” remark, saying the state did not need an outsider when it had its own to take it forward, while seeking votes for the SP-Congress alliance.
Citing figures, Sharma said a girl is molested every three minutes in Uttar Pradesh and blamed the police for “failing to act” against the accused in “most of such cases”.

The BJP leader claimed that a total of 6.8 lakh incidents of crime had occurred in the state under the SP government, adding that the police had failed to solve most of them. “If the BJP is voted to power (in Uttar Pradesh), we will take stern action against not only the accused, but also those protecting them,” said Sharma.