Vadakkan, who joined the saffron party in the presence of Union minister Ravi Shankar Prasad, and later met BJP president Amit Shah, said, “I am deeply hurt and that is why I am here.” 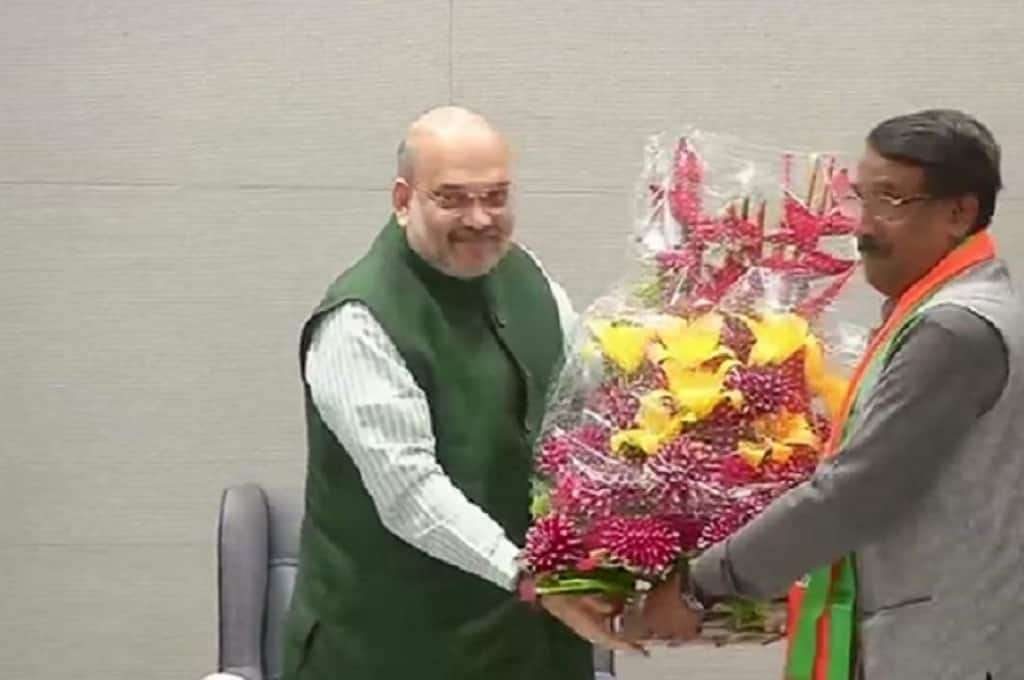 Tom Vadakkan joins BJP: In a huge setback for the Congress just ahead of the Lok Sabha election 2019, veteran party leader Tom Vadakkam joined the Bharatiya Janata Party on Thursday. Vadakkan, who was considered a close aide of former Congress president Sonia Gandhi, said that the Congress’ reaction after Pulwama terror attack was sad. “I am deeply hurt. It hurts when you question the integrity of security forces,” Vadakkan, who served as the national spokesperson of Congress, told journalists at BJP headquarters.

“The left the Congress party with a heavy heart because after the attack by Pakistani terrorists on our land, reactions from the party was sad. I am deeply hurt and that’s why I am precisely here. It’s not about ideology, it’s about love for the nation. I had no other option other than to leave the Congress,” Vadakkan said.

“The use and throw culture in Congress is just not acceptable for a self-respecting worker like me and that’s why I am here,” he said.

Tom Vadakkan: I left Congress party because when Pakistani terrorists attacked our land, my party's reaction to it was sad, it hurt me deeply. If a political party takes such a position that is against the country then I'm left with no option but to leave the party. pic.twitter.com/8oZYoFRGx4

Vadakkan has always been considered as a staunch critic of PM Narendra Modi and his policies. Here are a few instances when Tom Vadakkan slammed the BJP and PM Modi in the past.

A statue that is to be built in memory of one of great leaders of India under the supervision of Chinese technology is sad indeed. Do we not have workers competent to build a statue? Sardar Patel does not need certificates from the BJP. His legacy is across India. They are demeaning Sardar Patel by constructing his statue with support from technology from China.

Never before in the history of India, petroleum prices have shot up for 16 consecutive days. The prime minister and the petroleum minister have been saying that they will do something, but nothing has happened so far. This government is expert in election management, election propaganda and headline management.

Instead of calling them blunt lies, we are calling BJP’s lies – jumlas. They are not jumlas anymore…they are pure lies. You may win seats in Rajya Sabha through backdoor but people will continue to ask questions. This is one government which needs to go through a lie detector.

Christian Michel had said before his extradition on record in court that he was being pressured to name a member of the Gandhi family and that is what they were planning and have done. The motive is clear. What he said is prophecy and this has happened. This is an outright fixed match fraudulently aimed at planting something on the Gandhi family.

The truth about the Mudra scheme is that 91 per cent beneficiaries have got merely Rs 23,000. What business can be started with such a paltry sum. Is this not tokenism and a photo opportunity.