Earlier in the day, sources said BJP is set to name Singh as the new Chief Minister of Uttar Pradesh. 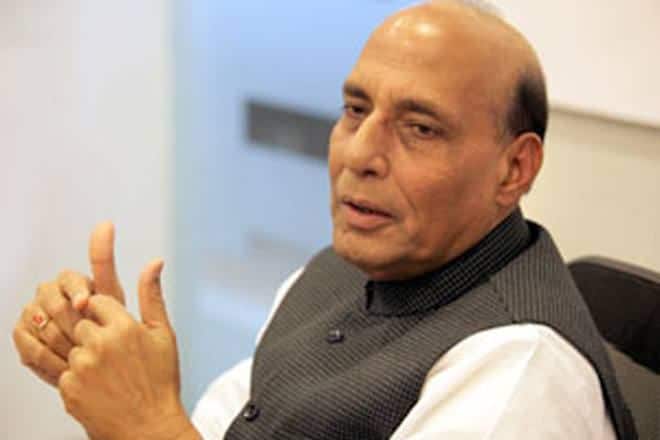 Earlier in the day, sources said BJP is set to name Singh as the new Chief Minister of Uttar Pradesh. (Reuters)

Earlier in the day, sources said BJP is set to name Singh as the new Chief Minister of Uttar Pradesh. The news was confirmed by a top BJP source who revealed that Dinesh Sharma and Siddharth Nath Singh were the other two leading contenders but the top leaders selected the Home Minister Rajnath Singh for the spot.

Also Read | Rajnath Singh to be the new Chief Minister of Uttar Pradesh, Piyush Goyal to get Finance Ministry: Sources

As per the earlier report, the source said that Home Ministry which is currently being headed by Singh will be given to the current Finance and Defence Minister, Arun Jaitley. While Arun Jaitley-headed Finance Ministry will be given to current Piyush Goel who is currently the Minister of State with Independent Charge for Power, Coal, New and Renewable Energy and Mines.

This decision is likely to bring a completely new look to Narendra Modi’s cabinet. After the latest developments, Arun Jaitley will be the Defence and Home Minister while Piyush Goel will be the new Finance Minister. According to the source, the decision has already been taken in a meeting held on Wednesday night. Top BJP leaders are holding a Parliamentary meeting on Thursday morning and the official announcement will be made after that.

The BJP, getting a historic mandate in Uttar Pradesh state assembly polls this year, won 325 seats on 11th March. While Samajwadi Party-Congress alliance finished as distant second with 54 seats. The Bahujan Samaj Party-lead by Mayawati was decimated at 19 seats. BJP has also formed the government in Manipur and Goa.