The expected move by Centre to waive off loans of farmers in Uttar Pradesh has led to similar demands emerging from farmers in other states too. 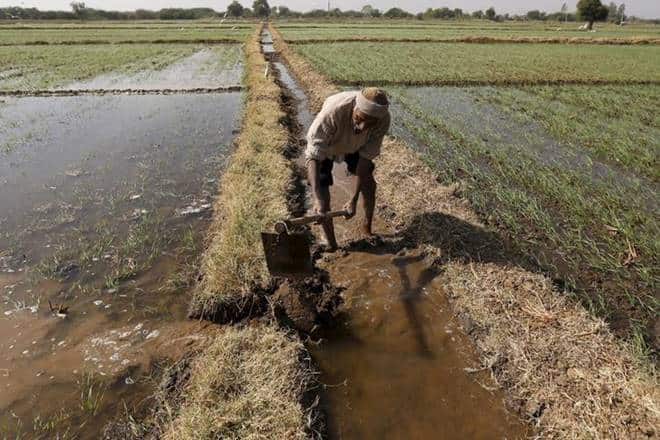 A shift to planting crops such as sugarcane and wheat could drag on global prices in those markets as supply swells, while raising the spectre of a swing to a shortage further down the line of the oilseeds and protein-rich pulses that are a staple of Indian cuisine.(Reuters)

The Bharatiya Janata Party (BJP) led NDA government is in a quandarry in the wake of the Uttar Pradesh elections success over the promise made by PM Narendra Modi to waive off farmers loans there. The expected move by Centre to waive off loans of farmers in Uttar Pradesh has led to similar demands emerging from farmers in other states too. Centre will bear the burden of the promised loan waiver for farmers in UP, Agriculture Minister Radha Mohan Singh said on Thursday in an intervention during a discussion on demands for grants for the agriculture ministry in Lok Sabha. However, the minister made no such commitment to farmers in other states even after the demands of members of Parliament (MPs), which led to a walkout by Congress and Shiv Sena members, reported The Indian Express.

Speaking on the day, the minister said as promised that “if we form the government in the state, we will waive loans of farmers. The cost would be borne by the central exchequer.” This was followed by questions of MPs seeking the same for farmers of other states. Congress member from Arunachal Pradesh, Ninong Ering said, “Why have you said loans of farmers from UP only will be waived? Why are you not waiving loans of farmers from the Northeast, from Maharashtra, from Jammu and Kashmir? Why are you adopting a selective approach?” Congress leader Mallikarjun Kharge also spoke and demanded that the government waive farm loans across the country.

Meanwhile, Dushyant Chautala of Indian National Lok Dal charged the BJP with double standards. He said the BJP had promised a waiver in UP though the finance ministry had cited reservations expressed by RBI about any such move, while, Badruddin Ajmal of AIUDF asked Prime Minister Narendra Modi to fulfil his promise of making the Northeast a hub for organic farming.

The MPs also raised other issues. Sumedhanand Saraswati of BJP made a plea for extensive use of organic manure and said studies should be conducted for finding out if cow urine could be helpful. K Bharathi Mohan of AIADMK called for an intervention by the Centre for resolving the Cauvery water issue.

During his massive campaigning for UP assembly election, PM Modi had promised that the first decision of the new UP government under the BJP would be to waive loans of small and marginal farmers.