After her not -so- shocking defeat in the Uttar Pradesh Assembly elections 2017, Bahujan Samajwadi Party supremo and former Chief Minister of the state Mayawati accused the Bhartiya Janata Party of using the Electronic Voting Machines (EVMs) to their advantage during the polls. 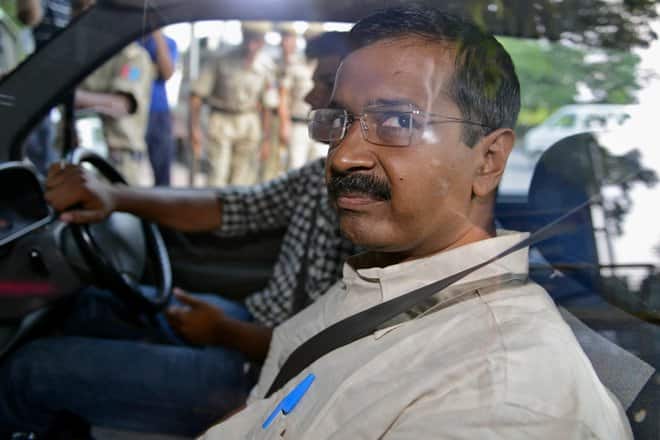 Arvind Kejriwal has asked the Election Commission to use ballot instead of EVMs in MCD polls. (Source: Reuters)

After her not -so- shocking defeat in the Uttar Pradesh Assembly elections 2017, Bahujan Samajwadi Party supremo and former Chief Minister of the state Mayawati accused the Bhartiya Janata Party of using the Electronic Voting Machines (EVMs) to their advantage during the polls. Mayawati said that all the votes went directly into BJP, and the people had lost faith the machine. Even Delhi Chief Minister Arvind Kejriwal joined the fairytale bandwagon and asked the Election Commission to use ballot boxes for the upcoming MCD elections. Mayawati had based her allegations on the fact that the BJP won in areas dominated by Muslims. According to the data provided by the Election Commission, the numbers from Muslim-dominated areas in the state clearly showed that the BSP lost a majority of its vote shares to both the SP and BSP, thus substantiating the claims.

Just for the uninitiated, EVS have been successfully used in India since 2000. In 2001, the Madras High Court had rejected the allegations that the machine could be tampered with.

Mind you, both the leaders had approached the Election Commission to go back to the stone age of ballot boxes and here is how the EC busted their bubble:

For technical security, the machine is both mechanically and electronically protected to prevent any tampering/manipulation. The software used in these machines is burnt into a One Time programmable/Masked chip (Hardware) so that it cannot be altered or tampered with. Further, these machines are not networked either by wire or by wireless to any other machine or system.

The software of EVMs is developed in-house by BEL, a Defence Ministry PSU, and ECILan Atomic Energy Ministry’s PSU independently’.

The vote can be recorded by an elector from the ballot unit only after the Presiding Officer enables the ballot on the Control Unit, the machine does not receive any signal from outside at any time.

During production in the factory, functional testing is done by production group as per the laid down quality plan and performance test procedures.

Samples of EVMs from production batches are regularly checked for functionality by Quality Assurance Group, which is an independent unit within the manufacturing firms.
Certain additional features were introduced in 2006 in ECI-EVMs such as dynamic coding between Ballot Unit and Control Unit, installation of the real time clock, installation of full display system and date and time stamping of every key pressing in EVM’s Complete Procedural Security.

The Commission has put in place an elaborate administrative system of measures and procedural checks-and-balances aimed at prevention of any possible misuse or procedural lapses.These safeguards are implemented transparently with the involvement of political parties, candidates and their representatives at every stage to build their confidence on efficacy and reliability of EVMs, so they are actually representatives of electors.

Before every election, a first level checking (FLC) is done for every EVM to be used in the election by the engineers of the manufacturers in the presence of political parties’ representatives. Any malfunctioning EVM is kept separately and is not used in the election.

Manufacturers certify at the time of FLC that all components in the EVM are original. After this, the plastic cabinet of Control Unit of the EVM is sealed using a “Pink PaperSeal”, which is signed by representatives of political parties. After this, the plastic cabinet of the control unit of the EVMs cannot be opened and there is no access to any component inside of EVMs.

Subsequently, EVMs are further randomised twice once for allocation of machines to assembly constituencies and second to polling stations in the presence of candidates or their representatives before they are distributed for use in individual polling stations.Such lists of EVM containing the serial number of EVM allocated to particular polling station are provided to the political parties/candidates.

Candidates and their representatives are allowed to conduct mock polls on EVMs at the time of candidate setting and also before the actual poll on the poll day to satisfy themselves about the satisfactory functioning of EVMs being used.

Once the candidate setting is done the Ballot Unit of the EVM is also sealed with thread/Pink Paper seals so that nobody has access to the inside of the Ballot Unit too.These Pink seals also bear signatures of representatives of political parties/candidate.

A printout of the results of the mock poll, as well as a sequential print out of every vote polled during the mock poll at the time of preparation of EVMs and candidate setting, are also taken out for at least 5o/o of EVMs and shown to the representatives of political parties. Representatives of political parties are allowed to pick machines randomly for this purpose.

On the poll day, a mock poll by casting at least 50 votes is conducted at every polling stations in the presence of the representatives of the candidates/polling agents with their signature and a certificate to that effect is obtained from every presiding officer.

After the mock poll is over, another thread seal and green paper seals are put on the EVM to block access to all buttons on the EVM’ except those’ which are used for the conduct of the poll. These paper seals and thread seals are allowed to be signed by the polling agents. After the poll is over, the Presiding officer presses the “Close” button on the EVM in the presence of polling agents. Thereafter, no votes can be polled in the EVM”

After this, the entire EVM is sealed. Candidates and their agents are allowed to put their signatures on the seals, which they can check for the intactness of the seal before counting.
In addition to this, the strong rooms where EVMs are stored’ pending for counting are also sealed and watched round the clock. The candidates and their representative’s area owed to put their own seals on the strong rooms. They are also allowed to keep a watch around the clock in the strong room.

The representatives of candidates of all political parties are given the opportunity to participate in all the above occasion of FLC, preparation of EVMs before the poll, mock poll etc’.

Even Arvind Kejriwal’s ‘mentor’ before the beginning of his political aspirations, Anna Hazare called Kejriwal’s demands as going back in time. So Dear Mr Kejriwal, please stop fooling us.