Phase 7 Election 2019 Voting Highlights: Voting for the seven-phased Lok Sabha elections 2019 came to a close on Sunday as over 61 per cent turnout was recorded in the last phase of polls. 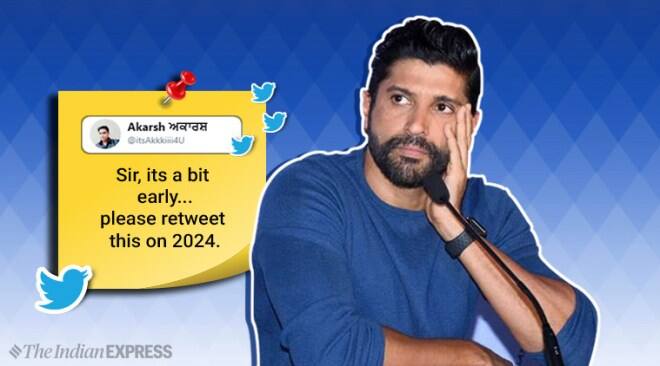 A total of 59 constituencies are going to polls in the seventh and last phase of Lok Sabha election.

Phase-7 Polling in UP, Bihar, Punjab, MP Highlights: Voting for the seven-phased Lok Sabha elections 2019 came to a close on Sunday as over 61 per cent turnout was recorded in the last phase of polls in 59 seats across seven states and one Union Territory. Prime Minister Narendra Modi’s constituency Varanasi also went to polls in this phase. The 2014 General elections had recorded the highest ever voter turnout of 66.40 per cent.

The key battles were between: Narendra Modi vs Ajay Rai in Varanasi, Ravi Shankar Prasad vs Shatrughan Sinha in Patna Sahib, Pawan Kumar Bansal vs Kirron Kher in Chandigarh and Sunny Deol vs Sunil Kumar Jakhar in Gurdaspur.

In the sixth phase, the total voter turnout was recorded at 63.48 per cent.

BJP’s Lok Sabha candidate from Jadavpur parliamentary seat, Anupam Hazra alleged that a special mark was put on TMC’s symbol in the EVM to misguide illiterate and semi-literate voters and indicate them to press that particular button while casting their vote. “The presiding officer is trying to fool me saying he doesn’t know anything. I spoke to a few voters who said the presiding officer was whispering to them that they need to press the button which is inked. It’s clearly a pre-planned game,” he told ANI.

Police personnel has been allegedly attacked for stopping bogus voting at polling booth number 49 in Arrah in Bihar. “We received info of stone pelting but there has been no disturbance in voting, some people might have tried to create trouble, they’ve been chased out,” poll official said. Polling on 8 Lok Sabha seats in underway in Bihar in the last phase of Lok Sabha elections.

After Trinamool Congress, TDP has written a letter to the Election Commission alleging the violation of model code of conduct by PM Narendra Modi. “PM has gone to Badrinath & Kedarnath on an official visit, all the private activities done by him during his pilgrimage are being displayed & continuously telecast, which is a clear violation of the MCC,” the letter reads.

Punjab: Violence breaks out at polling booth in Talwandi Sabo in Bathinda

One person injured after clashes broke out in two groups outside a polling booth in Talwandi Sabo in Bathinda. According to police, poll violence took place as a person opened fire. “We’ve recorded statements and registered a case. Polling has resumed”, it added. SAD candidate and union minister Harsimrat Kaur Badal is in contest from Bathinda Lok Sabha seat against Congress candidate Amrinder Singh Raja Warring and AAP’s Baljinder Kaur.

Lok Sabha Speaker Sumitra Mahajan cast her vote in Indore city on Sunday during the fourth and final phase of the Lok Sabha polls in Madhya Pradesh. The veteran BJP leader, who represented the Indore Lok Sabha seat eight times, arrived at a polling booth in the Old Palasia area there and exercised her franchise. She was accompanied by Shankar Lalwani, who has this
time been fielded by the BJP from Indore seat.

The world’s highest polling station at 15,256 feet, Tashiganag village in Himachal Pradesh, Sunday saw a steep rise in voting percentage, recording 53 per cent voting in the first two hours, a state electoral officer said. The polling began at 7 am when the temperature was below freezing point. Voters came to the polling station wearing their traditional attire to beat the chilly weather.

Congress MP Pradip Bhattachraya Sunday wrote to the Election Commission, saying the media coverage of Prime Minister Narendra Modi’s visit to Kedarnath was in violation of the Model Code of Conduct. He said he has requested the poll panel to stop the media coverage of Modi’s trip and take stern action.

An estimated 32.06 per cent of over 1.49 crore electorate exercised their franchise till 11 am in nine Lok Sabha seats of West Bengal on Sunday, amid reports of EVM glitches and stray incidents of violence. Polling is currently underway, amid tight security, in Kolkata North, Kolkata South, Dum Dum, Barasat, Basirhat, Jadavpur, Diamond Harbour, Joynagar (SC) and Mathurapur (SC), in the final phase of the staggered general election, he said. Voting is also on for by-elections to four Assembly constituencies in Bengal, necessitated due to resignations by sitting MLAs who are contesting the parliamentary polls.

Senior BJP leader Murali Manohar Joshi casts his vote at a polling booth in Varanasi. Joshi not contesting elections this time. In 2014, he had vacated Varanasi and contested from Kanpur.

RJD leader Tej Pratap Yadav has alleged that conspiracy was being hatched to kill him.Speaking to reporters after his guards allegedly beat up a camera person, he said, “My bouncers have not done anything. I was leaving after casting my vote when a photographer hit the windscreen of my car. I have filed an FIR in the incident. A conspiracy is being hatched to kill me.”

Actor Farhan Akhtar on Sunday urged people of Bhopal to vote against BJP candidate Pragya Thakur. He, however, was trolled because polling in Bhopal has already taken place. Bhopal went to polls in the sixth phase on May 12.

UP: Presiding officer dies during duty

Voters boycotted polling at six booths in Madhya Pradesh on Sunday over some local issues. Voters listed at a booth in Agar Malwa district falling under the Dewas seat and five booths in Mandsaur seat boycotted the polling over some of their demands.

Shyam Saran Negi, 102, who hails from Himachal Pradesh’s Kalpa, casts his vote. He had cast the first vote in the 1951 general elections.

#WATCH 102-yr old Shyam Saran Negi from Himachal Pradesh’s Kalpa, casts his vote in #LokSabhaElections2019. He had cast the first vote in the 1951 general elections. pic.twitter.com/LYATWrRjB1

In Himachal Pradesh’s Manali, a bridegroom along with his family casts his vote at polling booth number 8.

Himachal Pradesh: A bridegroom along with his family casts his vote at polling booth number 8 in Manali parliamentary constituency. pic.twitter.com/N6viD4NJtT

BJP leader and Union minister Manoj Sinha casts his vote at a polling booth in Ghazipur.

#WATCH Tej Pratap Yadav’s personal security guards in Patna beat a camera person after he allegedly broke the windscreen of Yadav’s car. Tej Pratap Yadav was leaving after casting his vote. Yadav has filed an FIR in the incident. #Bihar pic.twitter.com/u1KzKDCGBG

Actor-turned-politician Shatrughan Sinha casts his vote at polling booth no.339 in St. Severin’s School, Kadam Kuan, Patna. Sinha is up against BJP’s Ravi Shankar Prasad from Patna Sahib seat. Sinha is contesting on a Congress ticket.

The Trinamool Congress Sunday wrote to the Election Commission complaining that Prime Minister Narendra Modi’s address to the media at Kedarnath shrine was “unethical” and that the coverage of his visit was in “gross violation” of the Model Code of Conduct. “Even though the Election campaign for the last phase of polling for 2019 Lok Sabha is over on May 17 at 6 pm, surprisingly Narendra Modi’s Kedarnath Yatra is being covered and widely televised for the last two days in all national as well as local media. This is a gross violation of the Model Code of Conduct,” TMC spokesperson Derek O’Brien said in the letter.

BJP’s Jadavpur candidate Anupam Hazra said that TMC goons have beaten up a BJP mandal president, a driver and attacked a car. “We also rescued our 3 polling agents. TMC goons were going to carry out rigging at 52 booths. People are eager to vote for BJP but they are not allowing ppl to vote,” Hazra said.

BJP candidate Anupam Hazra at polling booth number 150/137 in Jadavpur said that women TMC workers with covered faces are casting proxy votes. “It is difficult to establish their identity. When we raised objection to it, they created a ruckus at the polling station,” Hazra said.

Additional forces arrive at polling station number 189 in Basirhat. BJP MP candidate from Basirhat, Sayantan Basu has alleged that TMC workers are not allowing people to cast their vote.

SAD leader and Union minister Harsimrat Kaur Badal said that Congress has brought its goons in Punjab from outside. “Yesterday, their goons in Mansa conducted checking of cars. We complained to poll officials but no action was taken. In Bhatinda Rural, our worker Titu Randhawa was also attacked.”

TMC not allowing people to vote in Basirhat: BJP

BJP’s CK Bose said thaty on Saturday night, he received calls from party workers from different booths that they have been threatened by TMC’s ‘jihadi’ brigade that “if you sit as booth agents for BJP, you will be murdered. There’s no difference between a terrorist organisation & TMC.”

Over 10 crore voters are expected to decide the fate of 918 candidates. Sor far, an average of 66.88 per cent voter turn out was recorded in the last six phases. The election began on April 11 and went on for over a month. The Election Commission has set up more than 1.12 lakh polling stations across eight states. Counting of votes will take place on May 23.
More Stories on
Lok Sabha elections
Narendra Modi
Shatrughan Sinha
Sunny Deol