In Odisha, the ruling BJD had won 20 parliament seats in 2014, while the BJP bagged just one seat. 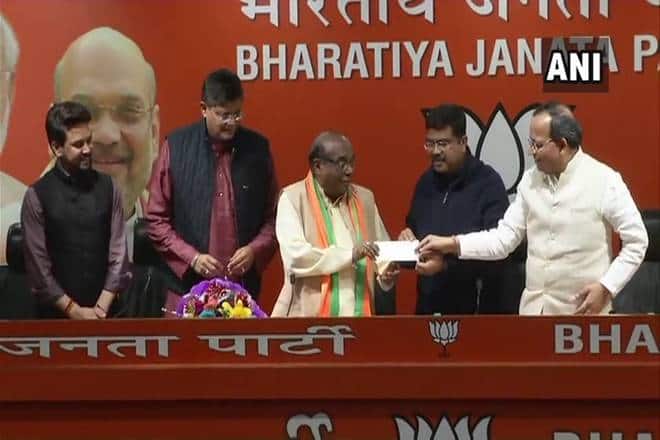 Welcoming Rout into the fold, BJP vice-president Baijayant Jay Panda, who himself had joined the party earlier this month, tweeted, “Welcome to @BJP4India Dr. Damodar Rout! Your decades with Biju uncle & long yrs in his cabinet & also his son’s, did not aid you agnst harrassment when you exposed corruption at highest levels last yr & were expelled from BJD. Look fwd to working together for Odisha’s revival.”

Rout, a seven-time MLA, had earlier on Thursday resolved to continue his fight to ensure that Naveen Patnaik fails to form the government in Odisha after Lok Sabha elections 2019. He launched a campaign against the ruling BJD and had indicated that he was in touch with senior BJP leaders. He met with Pradhan in Delhi last week, fueling speculations of him joining the BJP camp soon.

In Odisha, the ruling BJD had won 20 parliament seats in 2014, while the BJP bagged just one seat. The Congress drew a blank.