Must Read
6 money lessons to live a healthy financial life
How digital gold is paving its way into portfolios of young investors as they look to hedge uncertainties
Term Insurance: The critical missing piece in your financial planning
Climate change is adversely affecting health. Are people aware?
Pause slide

With free coaching for NEET, underprivileged students learn to dream 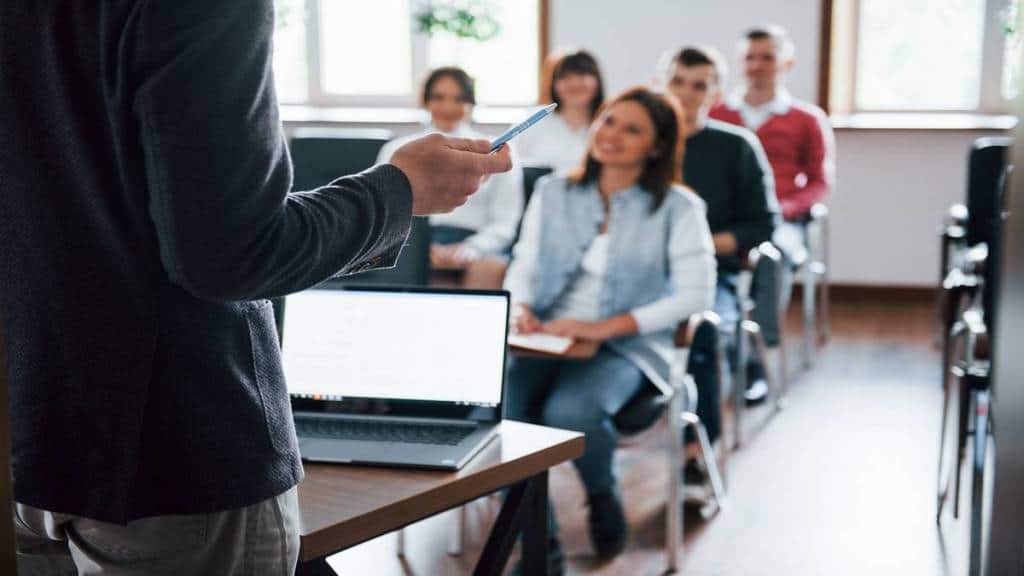 In the NEET-2017, 11 students coached under the LFU project secured seats in medical colleges

At a time when coaching classes for NEET can set back the parents by as much as Rs 3 lakh, a group of doctors and medical students in Maharashtra are offering free coaching to students from poor families and rural areas.

“Back in 2015, when I was in the third year of my MBBS at B J Medical College in Pune, I used to teach biology at a coaching class as part of an earning and learning scheme. There I realised that because of hefty fees, students from poor backgrounds and those coming from rural, tribal and drought-prone regions can not afford coaching,” said Dr Atul Dhakane, who started the project along with ten to 15 like-minded medical students.

“Initially, we started tapping students from rural areas who wanted to pursue medical education and started giving guidance to them in a small classroom of a Pune Municipal Corporation-run school,” he said.

They tasted success immediately as six students from the batch of 36 cracked the CET or Common Entrance Test of the Maharashtra government for medical and engineering courses. Many of them got into good colleges.

In the NEET-2017, 11 students coached under the Lift for Upliftment project secured seats in medical colleges, Dhakane said.

“Some of them were from a very poor and marginalized background. One successful student, Vishal Bhosale, was from the Phase Pardhi community. He recently completed his internship after doing his MBBS from government college in Solapur,” he added.

According to Dr Dhakane, top NEET coaching classes in cities like Pune and Mumbai charge as much as Rs 3 lakh. LFU offers coaching free.

Every year, a total of sixty students enrol for LFU coaching. As many as 48 LFU students took NEET in July 2022.

After Pune, LFU branched out to the tribal Melghat area of eastern Maharashtra, over 600 km from Mumbai, where another tutoring program was started.

“One of our students, Santosh Chate, who hails from the drought-prone Beed district, led the Ulgulan project. Our tutors travelled to Melghat and conducted classes for tribal students,” Dhakane said.

But they didn’t get the desired results from the Melghat batch in NEET 2019, he said.

“The atmosphere there was not conducive for preparing for the exam. So we shifted students to Pune next year, and to our astonishment, 16 students cracked NEET and eight of them secured admission in government medical colleges,” he said.

The Ulgulan initiative has now been extended to Osmanabad in Marathwada where accommodation facilities are provided.

“Since 2016, we have provided coaching to 250 students and 130 of them have become, or are becoming, doctors. Of 130, 70 joined the MBBS course while the remaining pursued courses such as BAMS, BDS and BHMS,” Dhakane said.

Besides poverty, an additional hurdle that students from Melghat face is language. Some students from the Korku tribe are not familiar even with Marathi, let alone English.

“But we had a student named Shantilal Khasdekar, who knew both Marathi and the Korku language. He would learn the concepts from our tutors and explain them to his fellow students in Korku,” Dhakane said.

Dr Santosh Chate, who is currently doing his internship at Cooper Hospital in Mumbai, is another LFU success story. He cleared NEET in 2017.

“I dreamed of becoming a doctor. After completing Class 10, I came across LFU and joined their tutoring program for NEET. This initiative is a boon for medical aspirants from rural areas and underprivileged classes,” he told PTI.

Having achieved his dream of becoming a doctor, Chate is now a key member of LFU, and led the Melghat part of the project.

Shantilal Khasdekar, who cleared NEET 2020 and is pursuing MBBS in Mumbai, said he and others in Ulgulan batch hail from the remote tribal areas of Melghat and never dreamed of becoming doctors.

“The parents of most of us were either farm labourers or did odd jobs to earn livelihood. I never thought of pursuing a medical course. Till I cleared my SSC (Class 10) exam, I didn’t even know that there was an entrance test for the medical course,” he said.

He learnt that there is such a thing as NEET when a team of Ulgulan visited the junior college where he was studying. He decided to enrol for coaching under Ulgulan and cleared NEET. Now he is in Mumbai, pursuing a dream he had not dared to dream until four years ago.