While 57% of Indians aspire to study abroad, 83% believe foreign degree to give competitive edge: Report 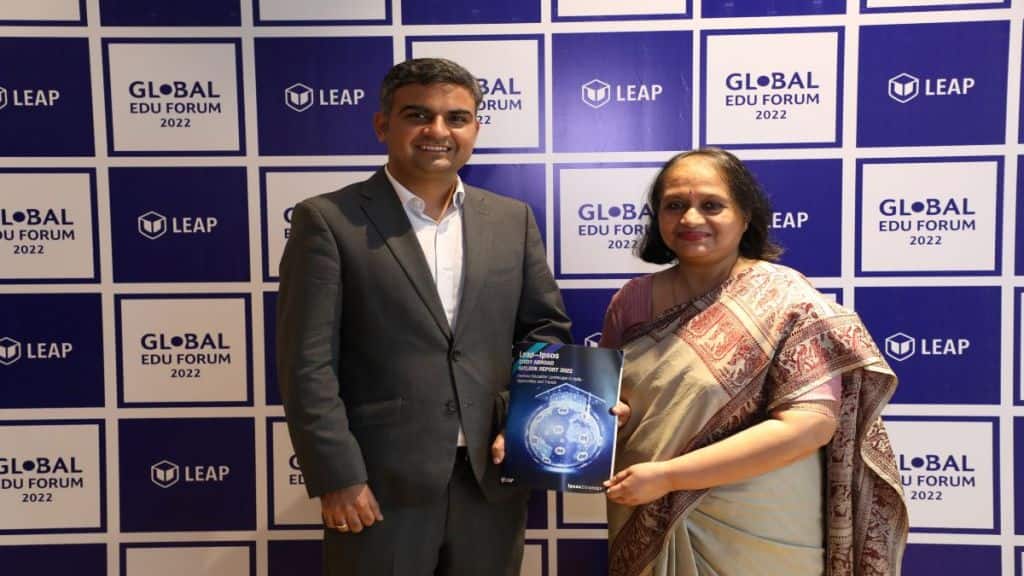 Over 57% of Indian middle classes inclined to spend on overseas education.

Over 57% of Indian middle classes, with household income between 3-10 lakh, aspire to study abroad- a report by overseas education platform, Leap has revealed. The report further gives a critical insight of how foreign education has become popular with the largest segment of the Indian population. Additionally, when asked about the factors that make a destination preferable – superior education and lifestyle, global career opportunities, and better salaries emerged as the top three reasons for a majority of them, the study stated.

The study, titled ‘Leap-IpsosStrategy3 Study Abroad Outlook Report’ was unveiled at Leap’s flagship event – Leap Global Edu Forum 2022 at The Lalit, New Delhi. According to the official statement, the summit was designed to bring together the key stakeholders of the Indian education ecosystem in India including investors, thought leaders, startup founders, and education influencers. Diya Dutt, deputy director, United States, India Educational Foundation (USIEF) was chief guest to the event.

As per the statement, the findings of the report revealed 83% of students believe an overseas degree will enhance their prospects of securing better job opportunities and provide an edge over peer competition and talent pool. 42% Indian students are open to destinations beyond anglophone countries that don’t have English as their first language. This reflects that Indian students are widening their choices and becoming more flexible in their preferences of an overseas education destination, the study stated. It added that factors considered by students for making this choice include university ranking, scholarship, cost of living, among others.

“Fuelled by the student community’s growing aspirations, the Indian overseas education market is expected to grow multi-fold and will see over two million Indian students fly out by 2025 spending over $100 billion on their international education. This is a huge opportunity and the sector will see a meteoric rise in demand for innovative products and services. With the launch of this report, we aim to contribute immensely to the understanding of India’s overseas education industry and what it holds for the future,” Vaibhav Singh, co-founder, Leap said.

Further, the findings stated that aspirants show more trust towards taking education loans. Over 62% of Indians prefer education loans, closely followed by scholarships at 53%. The significant increase in preference for education loans is expected to boost the study abroad loan market in the coming years, the study claimed. Further, the study states post COVID-19 students chose to pick up online/ hybrid courses in the last two years. However, now 80% of study abroad aspirants prefer study from campus/face-to-face learning as it provides them an opportunity to strengthen their peer networks and adds face value to their interactions.

The study was conducted on a pan-India level to understand the emerging destination preferences, change in needs and choices, psychosocial trends and outcomes including behavioural and perception shifts. The total aspirants covered during the course of the study include a wide sample size of respondents. About 60% of the aspirants covered were males, 39% were females and 2% did not prefer to say. About 2/3rd of the aspirants were observed in the 18-24 years age group; 34% from the 25-30 years age group.