The President asked the students to study what schemes were available for women and children, whether or not they were good and what need improvement. 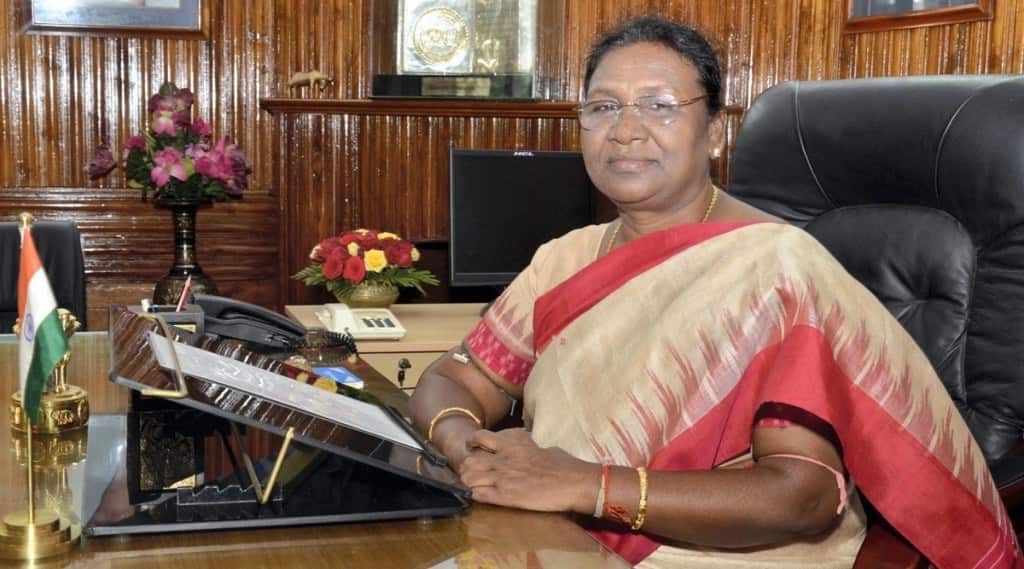 She asked the students to study well and march ahead.

President Droupadi Murmu on Monday exhorted students to visit villages and study how various government schemes were being implemented and understand its impact. Murmu interacted with students and faculty members of Sri Padmavati Mahila Viswavidyalayam here before winding up her two-day trip to Andhra Pradesh.

“Go to villages, spend two-three days there. Get a feel of how people live, interact with children, men and women. Find out if the various schemes of the government are reaching them or not,” the President told the students. When students go the villages, they would get to know what schemes the people of the country require, she pointed out. “… You may become IAS, IFS officers, engineers and others…and make policies,” Murmu added.

“I told the Vice-Chancellor to let the university NSS adopt some backward villages and stay there for 2-3 days. Find out what are the requirements, what needs to be improved,” she said.

The President asked the students to study what schemes were available for women and children, whether or not they were good and what need improvement.

“Find out and give a report to the district Collector. Bachche mann ke sachche hote hain (children are good at heart). The Collector will definitely listen to you,” she added.

Murmu observed that the country was growing and making a name in the world. The Prime Minister has been implementing many schemes for women.

“Half the population (51 per cent) is women. I am very happy that good is being done to women,” she remarked.

She asked the students to study well and march ahead. “But take a look back to see how many people are behind you and why. Find the answer to that ‘why’ and try to take them along,” she added.

The President noted that India was a land of “infinite cultures” which did not even find place in our books. “Our country is so rich in culture and tradition…every 10-km you have a different culture,” she pointed out.

Murmu also remarked that no work was “big or small”.

“We should not look at work that way. The hard work and dedication you put into work should be counted,” she said, recalling her days when she became vice-chairperson of a civic body in her home state of Odisha.

“I used to stand in streets with the sweepers and get the drains cleared,” Murmu recalled.

The President said women could not longer be called ‘abala or durbala’ (weak) but ‘sabala’ (brave).

“Women are equally famous as men. Hockey, cricket, athletics, weightlifting, archery…innumerable sporting events… daughters perform as good as sons and bring laurels to the country,” she pointed out.

Murmu asked parents not to differentiate between a son and a daughter. “Give the same love, education and self-reliance to son and daughter. Those countries are strong and on top where women are ahead,” she noted.

There is nothing without technology in today’s age, she said, adding: “Technology is in everything and it is technology that is driving the country ahead. There are people working in different countries who are Indians. Now, they are seeking to come back to India because we now have all the facilities, with technology advancing.” The President said the Prime Minister has been stressing on research and innovation.

“There are many things in which research needs to be done and the innovative ideas within everyone should be shared with the country.” She stressed on the need for protecting the environment and asked the women to ponder over it.

“India is best in the world in terms of forest cover, right from Himalayas to the villages. We have to protect this,” she said.

The President stressed that development was essential but environmental protection was also vital.