NFT beats ‘crypto’, ‘metaverse’ to become word of the year

As per Collins Dictionary, the word saw a ‘meteoric’ rise in usage, up 11,000% in the past year 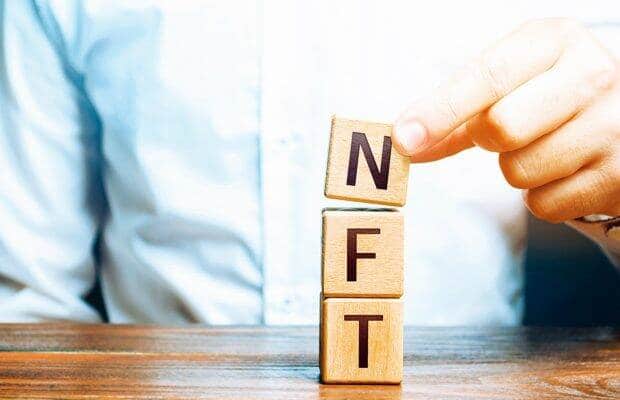 The dictionary defines NFT as “a unique digital certificate, registered in a blockchain that is used to record ownership of an asset such as an artwork or a collectible”.

Non-fungible tokens (NFTs) are all the rage. From musicians to film stars, everyone is trying to monetise NFTs comprising paintings, pictures, autographs and dialogues. No wonder, NFT has been declared as the word of the year.

According to Collins Dictionary, the word saw a ‘meteoric’ rise in usage, up 11,000% in the last year. The dictionary defines NFT as “a unique digital certificate, registered in a blockchain that is used to record ownership of an asset such as an artwork or a collectible”. The lexicographers, who monitor the 4.5 billion-word Collins Corpus, find this word a “unique technicolour collision of art, technology and commerce” that has “broken through the Covid noise” to become ubiquitous.

Collins Learning managing director Alex Beecroft said in a statement, “NFTs seem to be everywhere, from the arts sections to the financial pages and in galleries and auction houses and across social media platforms. Whether NFT will have a lasting influence is yet to be determined, but its sudden presence in conversations around the world makes it very clearly our word of the year.”

At the March 11 Christie’s auction this year in London, Beeple’s artwork was one of the most expensive pieces ever sold by a living artist, adding to the well-known swimming pool painting by David Hockney and an iconic stainless steel rabbit sculpture by Jeff Koons. Beeple’s NFT was sold for $69 million created by American artist Mike Winkelmann, also known as Beeple. Until the end of 1H2021, Christie’s sold NFTs worth approximately $93 million. An interesting piece of Andy Warhol NFT raised $3.38 million in May this year.

NFT beat two other tech-based words on Collins’ shortlist of 10 words of the year—‘crypto’, the short form of cryptocurrency, usage of which is up 468% year on year. Another word, ‘metaverse’, which was coined by American writer Neal Stephenson in his 1992 science fiction novel Snow Crash, is defined as the three-dimensional virtual world. This word was trending when Facebook founder Mark Zuckerberg rebranded his company as Meta, and the use of metaverse has increased 12-fold since 2020.

The word ‘cheugy’ was used as an American Internet neologism coined in 2013 and popularised by Gen Z. The word ‘cheugy’ means something that’s off-trend. It is used as a derogatory term to describe lifestyle trends associated with early 2010s and millennials. Another word, ‘regencycore’—a style of dress inspired by clothes worn in high society during the Regency period—was seen in Netflix’s latest hit series, Bridgerton. Vibrant pastels and dramatic silhouettes defining costumes made the word quite popular.

The pandemic introduced hybrid workplaces and meetings for the work for home workforce with virtual tools like wellness forums, breakout rooms for employees. That’s why ‘hybrid working’ was another word in the list. Words and phrases like the Covid-focused ‘pingdemic’, ‘double-vaxxed’, and ‘climate anxiety’ were among a few others in the list.

NFT: Non-fungible token. A unique digital certificate, registered in a blockchain, that is used to record ownership of an asset such as an artwork or a collectible.

Cheugy: No longer regarded as cool or fashionable.

Climate anxiety: A state of distress caused by concern about climate change.

Crypto: Short for cryptocurrency. A decentralised digital medium of exchange which is created, regulated and exchanged using cryptography and (usually) open-source software, and typically used for online purchases.

Double-vaxxed: Having received two vaccinations against a disease. Also: Double-jabbed.

Hybrid working: The practice of alternating between different working environments, such as from home and in an office.

Metaverse: A proposed version of the Internet that incorporates three-dimensional virtual environments.

Pingdemic: The large-scale notification of members of the public by a contact-tracing app.

Regencycore: A style of dress inspired by clothes worn in high society during the Regency period (1811-20). Also called: Regency chic.