The mathematician went on to add that while her parents wanted her to get a decent degree and then get married, they motivated her to continue her academic pursuits once they realised her interest. 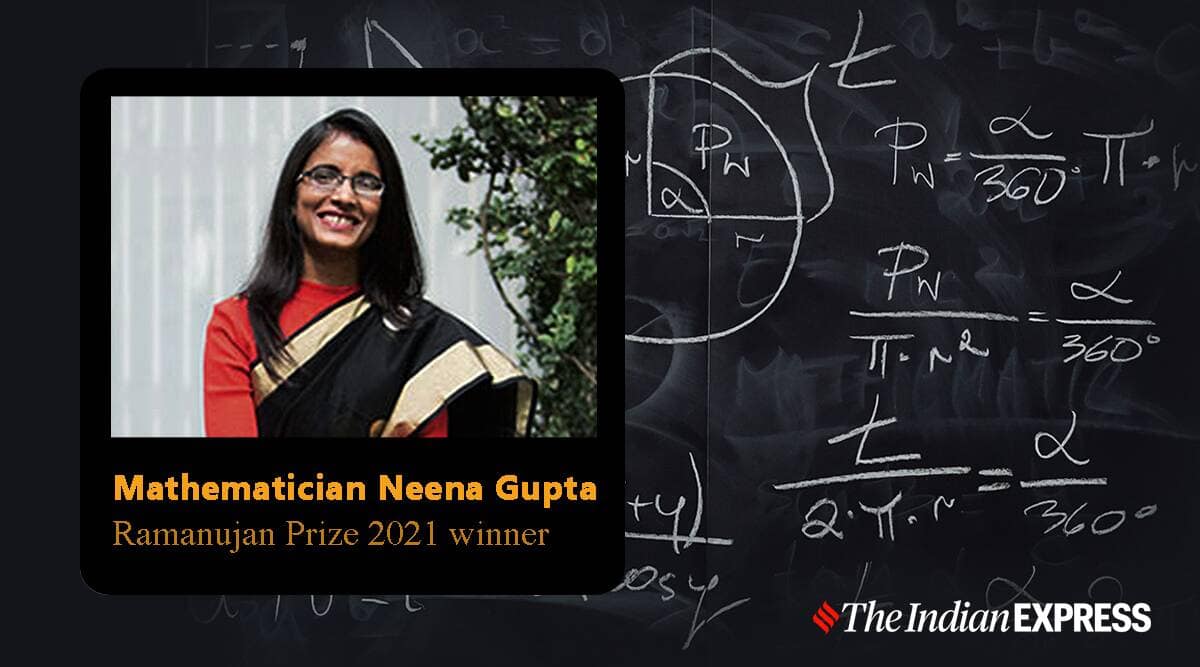 Mathematician Neena Gupta could have decided to rest on her laurels after winning the 2021 DST-ICTP-IMU Ramanujan Prize, but the Kolkata native remains steadfast in her efforts to further the cause of mathematics. Gupta, a professor at the Indian Statistical Institute (ISI), Kolkata received the prize for outstanding work in affine algebraic geometry and commutative algebra, especially for solving the Zariski cancellation problem for affine spaces.

She told IE Online that she felt honoured by the prize, but it was not enough. She added that as a researcher, she felt there were several mathematical problems that they needed to find solutions for. The recognition for her work, however, does motivate her to work harder in research, she said.

Gupta, who said a lot more needed to be done in commutative algebra, is no stranger to recognition. In 2014, she received the Young Scientists Award of the Indian National Science Academy for solving the Zariski cancellation problem.

Born and raised in Kolkata, Gupta completed her schooling from Khalsa High School, Dunlop, before enrolling for BSc Maths (Hons) at Bethune College. She earned her Master’s degree and PhD in mathematics from ISI.

She said her senior introduced her to the BSc Maths (Hons) course, adding that she was elated to be able to learn and solve maths problems.

The mathematician went on to add that while her parents wanted her to get a decent degree and then get married, they motivated her to continue her academic pursuits once they realised her interest. She also hailed her mother for supporting her.

Speaking to IE Online about the notion that boys were better at calculative subjects than girls, Gupta said the trend was now changing. She said she was the only girl in her class during her postgraduation days. But now, as a professor, she sees more women pursuing mathematics. Gupta attributed it to higher awareness among the youth and their parents, who now afford greater opportunities to their daughters to follow their interests.

Gupta is the third woman and fourth Indian to win the Ramanujan Prize, first awarded in 2005. Prior to her, three of the winners were associated with ISI, Kolkata.

She said ISI Kolkata was a premier institute for those interested in pursuing higher studies in statistics and mathematics. The course structure, faculty, and the environment were why the alumni were so successful in their respective fields, Gupta said.

Next Story
CBSE Term I controversy: How does the central board set question papers?