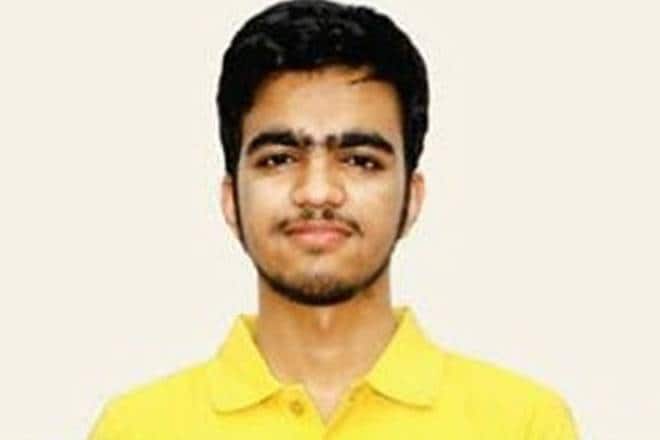 Sarvesh had written the exam from IIT Roorkee zone and scored 339 marks out of 366. (Image: Facebook)

JEE advanced topper 2017: JEE Advanced Result 2017 has been declared and Sarvesh Mehtani from Panchkula, Chandigarh has bagged All India No. 1 rank, Akshat Chugh from Pune, Maharashtra stands second and Ananya Agarwal from capital city Delhi has been ranked third. Indian Institute of Technology (IIT) Madras had earlier today at 10 a.m. declared the results for Joint Entrance Examination (Advanced) 2017. Sarvesh had written the exam from IIT Roorkee zone and scored 339 marks out of 366. He scored 120 in Mathematics, 104 in Physics and 115 marks in Chemistry.

Akshat who secured All India second rank in JEE Advanced got 7th rank in JEE Main 2017. Ananya Agarwal from Delhi has secured All India rank 3. Suraj Yadav from Haryana bagged All India rank 5 in the IIT JEE Advanced 2017, reported livehindustan.com. Suraj, who did his coaching from Kota, scored 330 marks in total. Debaditya Pramanik from Birla High School in Kolkata has claimed the top position from the eastern region and has bagged All India rank 38. Pramanik had also secured top position in the West Bengal Joint Entrance Examination (WBJEE) this year and was the state topper in the Central Board of Secondary Education (CBSE) Class 12 examination.

Around 2.20 lakh top scorers from the JEE Main 2017 were given chance to sit in JEE Advanced examination this year, however, only 1.7 lakh candidates registered for the exam. A total of 10.20 lakh students had appeared in the JEE Main exam this year. JEE -Advanced examinations were held for admission to all the 23 Indian Institutes of Technology (IITs) and the Indian School of Mines (ISM).

Also Read
Hiring and Firing! Why India needs to lower its dependence on the US for IT services industry
BYJU’S appoints Lionel Messi as global brand ambassador to promote education for all
How will 5G impact the education sector?
Plaksha University appoints S. Shankar Sastry as founding chancellor

(The list has been complied on basis of a report published by Careers360.com)

Others in the top 50 list are Lakshya Sharma, Yatish, Aman Kansal, Mayank Dubey and Piyush Tipriwal. Also, in yet another top show by Anand Kumar’s Super 30 institute, all the 30 students have secured cleared JEE advanced.

Aspirants who have appeared for the examinations, can check their results from JEE Advanced official portal after entering the exam application number and date of birth. IIT Madras, on its official website, has released the all India ranks and category wise rank details. The next step in the admission process of IIT, ISM and NIT and other education institutes which uses JEE Advanced and JEE Main ranks is JoSAA.