Ireland is a preferred destination for Indian students and expats: Envoy Brandan Ward

According to the top envoy of Ireland, his country is rapidly emerging as the most sought after destination for students looking to study overseas. 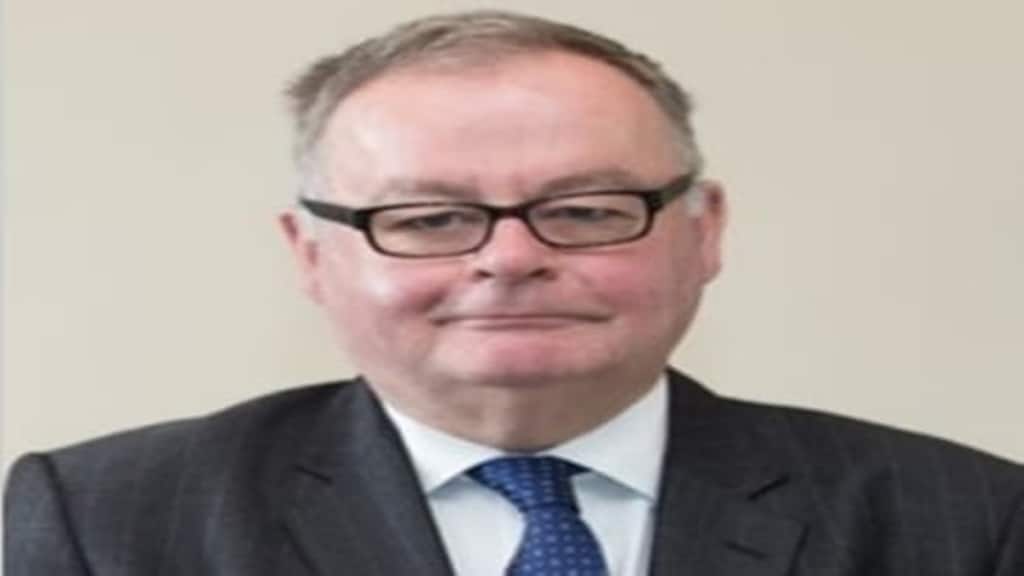 Post COVID-19 global pandemic the trend of studying abroad is in full swing and has witnessed an increase of almost 60-70 percent in the number of students planning to go for higher studies to different countries. There have been reports that students have been facing problems related to visas, from some of the destinations.

According to the top envoy of Ireland, his country is rapidly emerging as the most sought after destination for students looking to study overseas. And it has in place an effective visa policy. The country also has a `two year’ stay back option – this means after completion of their studies at the post graduate level they can seek employment in various sectors.

Following are excerpts of an interaction of Brandan Ward, Ireland’s Ambassador to India with Huma Siddiqui

In the last couple of years, Ireland has gained traction and has become a preferred destination for Indian students. How many Indian students are currently studying in Ireland?

The number of Indian students coming to Ireland has increased significantly in the last four or five years. For the current academic year, which started in September2022, about 5000 students have taken admission in Irish colleges and universities.

We would expect this to continue growing for the next couple of years, but with Australia and New Zealand opening again; we probably expect to see these numbers plateauing by around 2025. This is good in a way, as it means that students from one particular country are not dominating courses.

Students aspiring to study in several countries are facing visa-related issues. How is Ireland welcoming students? Are any specific measures being taken?

We don’t need to as all Indian students traveling to Ireland for this academic year had their visas processed in good time before they reached the country for their studies. There is no backlog of Indian students waiting to travel to Ireland and all of them were facilitated over the summer. To make this possible, we had Visa staff working overtime and working on weekends, and their service was exactly as required.

The UK has been a traditional destination for Indian students. And of late, it is making a renewed effort to attract students. Ireland already has a 2-year post-study stay-back option. Any plans to make any other changes to visa or immigration rules?

No, not in principle. We keep our visa policy under review and review it regularly. But unlike the UK, our visa policy has been consistent for many years. We have had the facility of working after graduation for two years in place for some time now. We have not changed it. The UK has gone through a series of changes in recent years, some of which have been reversed.

However, for us and for the students traveling to Ireland, consistency is very important. We do have the advantage of being a part of the European Union, which unfortunately, the UK no longer does. For many students from different countries, this is also a reason for attraction.

In one of the interviews you mentioned, Ireland is home to around 50,000 Indian expats. Does this mean Ireland is becoming a destination for Indian professionals as well?

Yes, apart from the students who travel to Ireland, which numbers about 5000 every year, we have 5000 other Indians who travel to Ireland for work under our special work visa scheme. Most of them stay in Ireland while some return to India after a few years, but the community is expanding between 5-10 percent a year.

Majority of Indians working in Ireland operate in fields such as healthcare, ICT, and financial services. We have others working in academia and some working in the service industry, but these are the main areas. With the community growing, there are now Indian community groups in and around Ireland. There are temples, Gurudwaras, and Indian social clubs. And of course, Indians are increasingly playing a prominent role in all of Ireland’s cricket teams. So, the community is getting established. It is now easier for Indians in Ireland to find a community that they are accustomed to as compared to 20 years ago.

Can you share some insights on the job opportunities one has post-studying from Ireland?

The unemployment rate in Ireland is among the lowest which is currently at around 4 percent. That is regarded by economists as full employment.

Also, there is a wide range of positions available in the ICT area as well as in Banking and Finance, and Engineering. Earlier this week, on Tuesday, I visited the PM Group, the leading Irish engineering design company that has its India headquarters in Bengaluru. They have employed about 150 engineers and aim to expand by recruiting 150+ employees in the next three years. So, there are opportunities to work in firms that have a link to India or in firms that have a global presence.

What we find is that many of the graduates, who take advantage of the two-year visa program, if they demonstrate the aptitude, often secure a work permit or longer-term work from their company. Also, in the case of some of the multinationals, they will find positions in Britain or elsewhere in Europe. They can also get positions in the US, the Gulf, the Middle East, or back home in India. So, the job opportunities are among the most impressive that students can expect studying in any foreign country. I should also say that salaries in fields like ICT and financial services are at the higher end of the international market.

To begin with, they will find Indian students already studying or working in Ireland. Practically every university or college has an Indian student body. Usually, there are Indian student associations to help new students to settle in and to accustom themselves to life in Ireland. In addition, all the universities and colleges have dedicated offices for foreign students, which again, will help them with settling in. This may be a little daunting when you move abroad for the first time.

We understand that, and the universities and colleges are used to dealing with this. The quality of the courses available in Ireland is generally high and the opportunities for working after graduation are extensive.

Unemployment in Ireland is among the lowest in Europe and in specialist fields like the ICT, the 10 largest ICT companies in the world have their Europe, Middle East, and Africa headquarters in Ireland, providing plenty of Job opportunities. This also includes some of the major Indian companies such as Infosys, Wipro, and Tata Consulting; so even if you want to work in an Indian firm in Ireland, there are plenty of opportunities.

I should also mention that while studying, Indian and all foreign students outside of the European Union are permitted to take on part-time work to help fund their studies and life in Ireland to relieve a little burden on their parents. During term time, it is permitted to work for 20 hours a week as a part-time job, and during vacations, it is permitted to work for up to 40 hours a week. While students shouldn’t do this at the expense of their studies, it does make life a little bit easier as Ireland is a fairly expensive country.