How a student-run team is accelerating start-ups

Conquest is India’s first and largest student-run start-up accelerator, and a 30-odd student team, led by two CEOs for each year, runs it. They don’t earn money, but soft skills 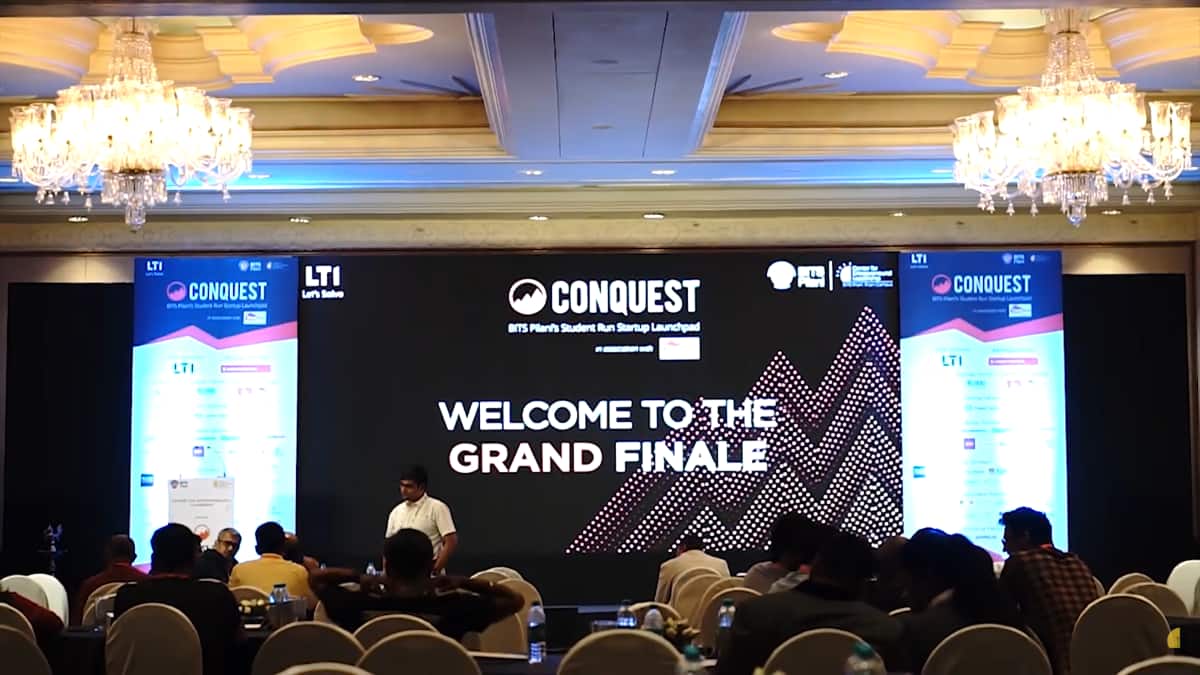 What do Waymo, Netflix, Salesforce and Conquest (a start-up accelerator) have in common?

Both have two CEOs. But while the former set of companies has acquired many a start-up in the journey to success, Conquest has been accelerating them. Conquest was set up in 2004 as a B-Plan competition by the Centre of Entrepreneurial Leadership (CEL)—the E-Cell of BITS Pilani.

It soon pivoted to the accelerator model that provides mentorship, resources, competitive pitching sessions, equity-less grants and access to capital to start-ups over a two-month long programme with the final offline week in Bengaluru.

It is India’s first and largest student-run start-up accelerator, and a 30-odd student team, led by two CEOs for each year, runs it. CEOs for Conquest ’22 are third-year BITS Pilani students Utkarsh Chaudhary and Dhruv Faria.

Most other campus-based start-up accelerators in India have active involvement of the institution and/or the faculty, but not Conquest. “We make sure they don’t get involved,” the CEOs said. This model has certain advantages and certain disadvantages.

—No incentive for students apart from the learning gained: “With a motivated team, we create a founder-centric programme and constantly ideate how to make it better for early-stage start-ups, as a higher-quality programme would attract higher-quality mentors, investors and resource partners, which, in turn, would attract better start-ups and provide more exposure to the organising team,” said Chaudhary. “This makes sure our incentives align with those of the participating start-ups in a much better way than a VC-run accelerator.”

—Faria added that seeing the words ‘student-run’, people often assume the programme is meant only for student entrepreneurs or people from the BITSian community, “even as we serve founders from every part of the country.”

—Time constraints faced by team members due to college-related activities. “Organising a full-fledged accelerator is a full-time job at VC firms, something that we manage to pull off despite having other commitments as students,” Faria said.

—Conquest has a rolling leadership model in place as students leave the organising team as they graduate from college. “This creates the problem of break in continuity of vision and networks, both of which we actively try to solve at Conquest,” Faria added.

Rebranding Conquest
This year, the team has launched a new website, changed the logo, made internal changes to better streamline operations, and identified and utilised various synergies between different verticals. “Seeing the enthusiasm in the crypto space, we are launching a Web3 track this year to support innovation in the crypto, DeFi and metaverse spaces,” Chaudhary said. “Also, built on the lines of Y Combinator’s start-up school, we’ve launched the Conquest Academy that is a repository of some of the best mentoring and insights that have come out of Conquest in the form of blogs and videos.”

Since 2004, more than 5,000 start-ups have registered for Conquest. “The minimum support we provide to promising start-ups is giving them access to resources like AWS, Notion, Freshworks, among others, for free or at much reduced costs so that they can build their MVPs, gain initial traction and manage their teams better. This we have done for at least 500 start-ups,” Chaudhary added. “Over 200 of these have gone through the mentorship programme that we provide and have interacted with industry experts through Conquest.”While Conquest operates from the BITS Pilani Rajasthan campus, most start-ups accelerated by it are not connected to BITS Pilani, and comes from across India.

Raising money for itself

Conquest, a non-profit, raises money from sponsors who support the event. “This year, we have Westbridge Capital as our title sponsor, among others,” Faria said. “The greater part of the money we raise is provided to winning start-ups as equity-less grants. A smaller portion is used for managing our operational expenses.”Also, during the annual event, VCs and angels come on board as investment partners and form a part of the jury on the Conquest Demo Day. They not only evaluate start-ups to decide the winner of the accelerator programme, but can also fund them in their own capacity, with Conquest having played the role of connecting the start-up to the investor.

Students who run Conquest don’t get a salary or any monetary compensation for their efforts. “It is an endeavour focused on providing the highest quality programme to start-ups and, in the process, impart learning to the organising team,” Faria said.Chaudhary added: “The soft skills we learn while interacting with stakeholders from the ecosystem are priceless. We also build a network that can help us with professional endeavours in the future.”

While Conquest has been accelerating start-ups, a number of Conquest organisers have gone on to find their own ventures. “This ‘Conquest Mafia’, if you may, includes the founders of GreyOrange (looking at a Unicorn valuation in its US listing) and BiteSpeed (backed by Sequoia’s Surge, Kunal Shah and other top investors), among others. The founders of these companies organised Conquest back in their college years and now lead some of the best start-ups,” Faria said.

It was during the mid-2010s when the start-up accelerator scene in India boomed. Some of the biggest names in this space include Sequoia’s Surge, Accel Atoms, Chiratae Sonic, CIIE by IIM-A, among others.Y Combinator is largely considered to be the place where this model of providing a fast-paced growth-oriented programme for early-stage start-ups was conceptualised. In the early cohorts of YC, very few Indian start-ups would make it to the programme through the gruelling selection process. But this has changed over the years, and now many YC start-ups are coming from India.