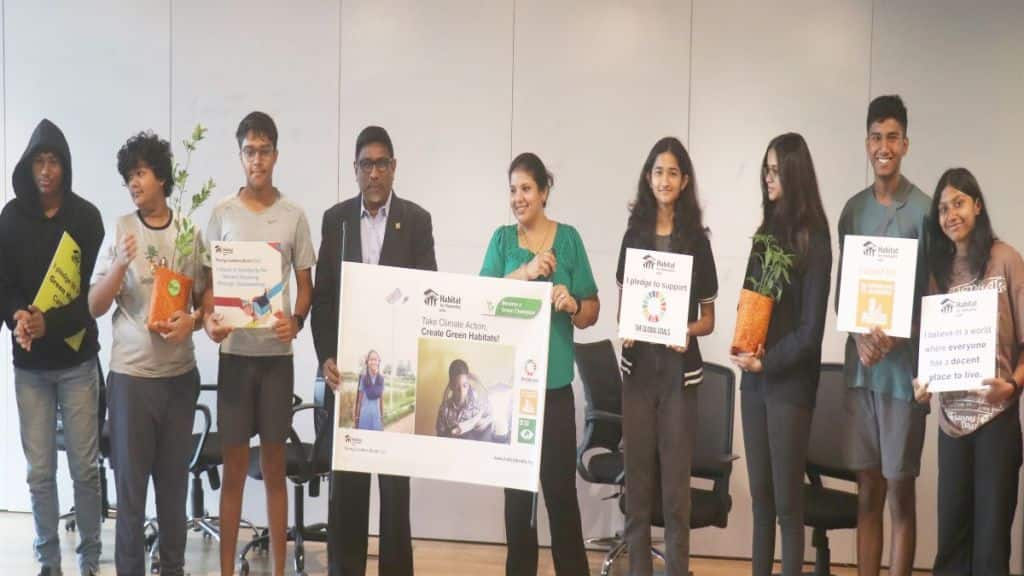 The campaign was launched at The NEXT School, Mumbai.

Housing organisation Habitat for Humanity India has launched its Green Habitats Campaign in collaboration with 30 schools across India. This campaign aims to encourage over 10,000 students to raise awareness about climate change and the urgent need to take climate action. The campaign further aims to enable Habitat India to build energy efficient homes in support of low-income families and provide them with access to solar energy. It was launched at The NEXT School, Mumbai, by Rajan Samuel, managing director, Habitat for Humanity India.

“Our ‘Green Habitats’ initiative will create young leaders as well as equip, empower and engage them to become ‘Green Champions’ for taking better care of our environment, communities and planet,” Samuel said.

He further added through environment friendly interventions such as the construction of energy efficient homes, setting up solar lighting systems in households, schools and communities, Habitat India has served nearly 25,000 people living in underprivileged conditions.

“Through this campaign, our students will gain an in-depth understanding of the devastation that climate change can cause and the action they can take at this young age to build a livable planet,” Suprieya Kutty, CAS coordinator, The NEXT School, Mumbai, said.