The Ministers from Mauritius, Tanzania, Zimbabwe and Ghana are on a visit to India to attend the UNESCO India Africa Hackathon, which is currently underway. 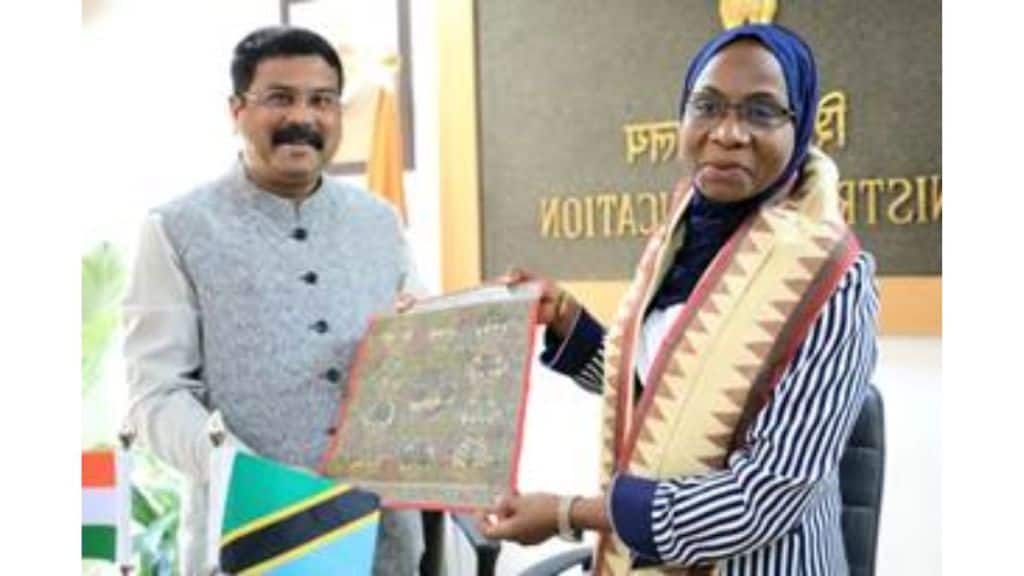 During the meeting with Vice Prime Minister and Minister of Tertiary Education, Science and Technology, Mauritius, Leela Devi Dookun-Luchoomun, Pradhan said that India and Mauritius enjoy a special relationship and are united by history, culture, language and the Indian Ocean. He highlighted that Prime Ministe Narendra Modi has accorded highest priority to further deepen bilateral relations with Mauritius. He assured that India remains committed to work together with Mauritius and provide assistance in building capacities in all areas of education and skill development. Pradhan further said collaboration with Mauritius will help in establishing the country as a knowledge and skills hub of Africa and South-east Asia. Both the countries agreed to work in totality to further deepen engagements in the knowledge domain and also make partnership more vibrant.

During the meeting with Minister for Education and Vocational Training, Zanzibar, Lela Muhamed Mussa, Pradhan said that India will assist Tanzania with the IIT project. IIT in Tanzania can be a hub for technology education in Africa. He put forward the support required for implementation of the project and also shared India’s willingness to establish a 21st century skill centre in Zanzibar. He also said that NEP is creating new avenues for education in India. Pradhan invited Tanzanian and African students to Study in India.

Pradhan further held meeting with Raymore Machingura, Deputy Minister in the Ministry of Higher and Tertiary Education, Innovation, Science and Technology Development, Zimbabwe, in his office. They had discussions on intensifying partnerships in education and skill development. Pradhan suggested constituting a joint working group between India and Zimbabwe on education, skill development and capacity building. Machingura also shared his willingness to constitute a joint working group. Both ministers agreed to deepen engagements from school to research for mutual prosperity and growth.

Lastly, Pradhan during his meeting with Deputy Minister of Education, Ghana, John Ntim Fordjour proposed for setting up of institutional mechanisms and joint working groups between India and Ghana from pre-school to research for achieving mutual priorities. John expressed his alignment to the idea and agreed to work together for strengthening academic engagements.

The Ministers from Mauritius, Tanzania, Zimbabwe and Ghana are on a visit to India to attend the UNESCO India Africa Hackathon, which is currently underway. As per AISHE data(2019-20), a total of 11083 African students are studying in India.