CPI(M)-backed Students’ Federation of India’s (SFI) Hansraj College unit alleged that the centre was set up on land earmarked for a women’s hostel. 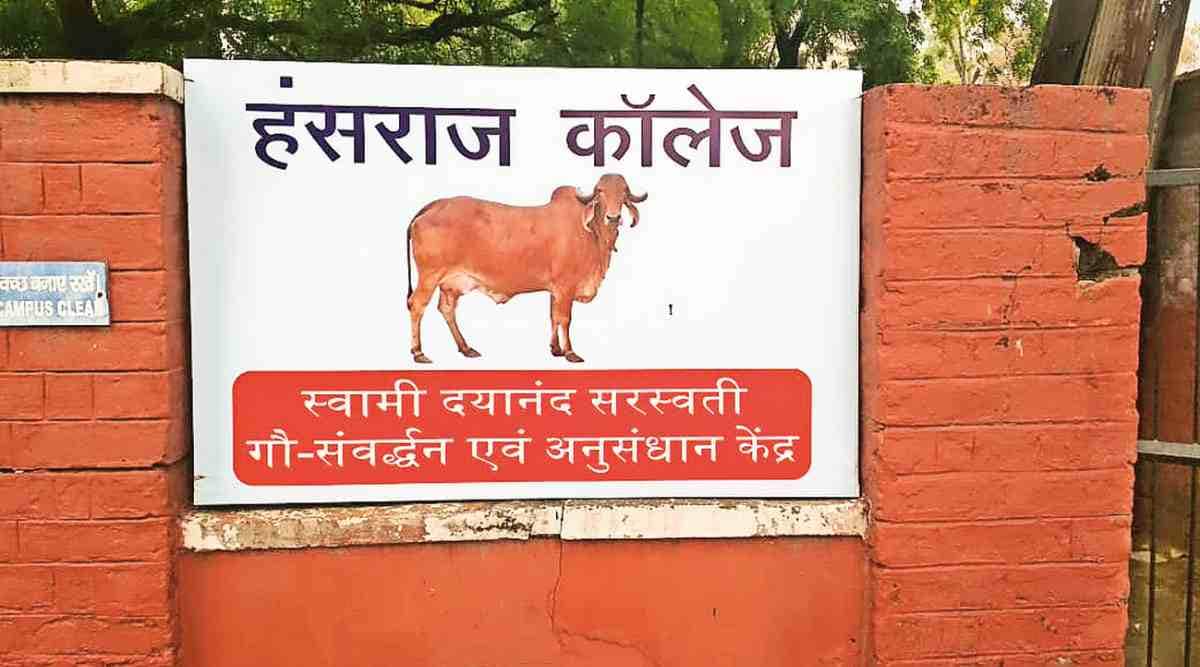 The centre is an enclosure located by the men’s hostel gate. (IE)

One of Delhi University’s premier colleges, ranked 14th under the National Institutional Ranking Framework, Hansraj College has found itself in the midst of controversy after setting up on campus a cow protection and research centre.

The Swami Dayanand Saraswati Gau Samwardhan ewam Anusandhan Kendra has begun with one cow and will be expanded if the research turns out to be beneficial, Principal Dr Rama told The Indian Express.

Apart from conducting research on various aspects of the cow, the centre will provide “pure milk and ghee” for the students and the monthly ‘havan’ (prayer ritual) on campus, she said.

Dr Rama said Hansraj was a DAV Trust college with the Arya Samaj as its base. In line with that tradition, the college conducts a havan on the first day of the month for teaching and non-teaching staff members and students. During the havan, the college felicitates everyone who has their birthdays in that month.

For this, the college needs to buy the things offered to the flame, such as pure ghee, every month. The centre will make the college self sufficient, she told The Indian Express.

The centre is an enclosure located by the men’s hostel gate. However, Dr Rama said the college was working on a gobar (cow dung) gas plant that the centre can support. One of the ideas is that pure milk and curd for the students can be procured from the centre when the college reopens, she said.

Delhi University officials, however, are unaware if similar initiatives existed in other colleges. Registrar Vikas Gupta said he was not aware of this project as well, adding that it must have been a college-level initiative.

However, the move has divided opinion on campus.

CPI(M)-backed Students’ Federation of India’s (SFI) Hansraj College unit alleged that the centre was set up on land earmarked for a women’s hostel.

“SFI Hansraj unconditionally condemn and protest the construction of a GauShala… at the very site which was reserved for a women’s hostel whose construction has been on hold for many years now…,” the organisation said in a statement.

“We find it disgusting that our college administration prioritises the ‘protection and promotion’ of cows instead of struggling female students whose interests are being sidelined for such an absurd decision.”

The principal, however, denied the charge.

She said the area was too small for a hostel that could accommodate at least 100 students. The college is going through formalities to construct the hostel and reworking its masterplan, which will need approval from the municipal corporation, she added.