PM Modi said that the National Research Foundation would catalyse innovation in the country aiding the country’s progress. He also said strengthening innovation and research in the country is a prerequisite, to make India more competitive in the world. 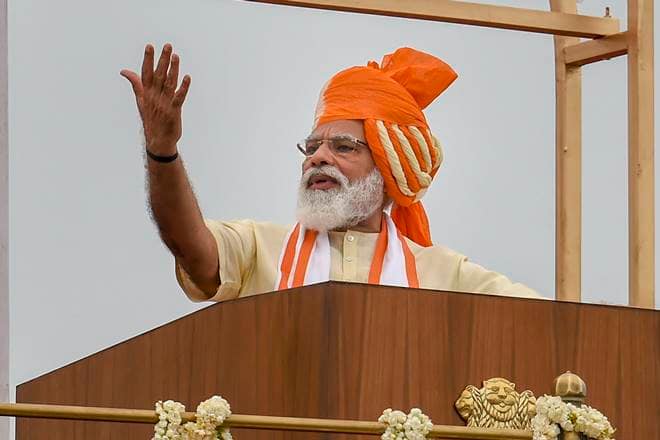 The education sector has a huge role to play in making the country self-reliant, modern and prosperous, Prime Minister Narendra Modi said today during his Independence Day address. The government has brought the new education policy with an aim to fulfill these objectives. The new education policy was launched on July 29. PM Modi also touched upon the issue of the National Research Foundation, which has been proposed to be brought under the New Education Policy document of the government.

PM Modi said that the National Research Foundation would catalyse innovation in the country aiding the country’s progress. He also said strengthening innovation and research in the country is a prerequisite, to make India more competitive in the world. PM Modi further said that the new policy would keep the youngsters rooted more in their culture but at the same time would make them a global citizen. The comments from the Prime Minister came when he was delivering his conventional Independence Day speech from the Red Fort on the country’s 74th Independence Day.

The National Research Foundation under the new education policy has been envisaged to support the culture of research and innovation in India’s higher education institutions with adequate funding for all disciplines. Previously, in its previous regime as well, the NDA government launched several schemes to boost research and innovation in the top higher education institutions. Impact on Research Innovation and Technology (IMPRINT) programme launched by the government in its last term also tried to bring greater collaboration among the top IITs and IISCs of the country to bring solutions to the problems faced by the country.

PM Modi also lauded the quick adaptation of online education classes in the country during the Covid-19 pandemic. Underlining that every disaster brings an accompanying opportunity, PM Modi said that nobody could have imagined that the online classes would reach our villages this quickly.