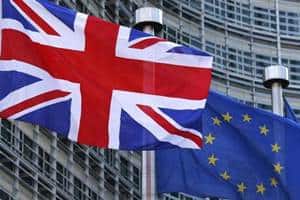 While the Theresa May administration has said different deals/outcomes for different parts of the UK is not possible, with one of Sturgeon’s key advisors on the Brexit mandate fallout saying a separate deal is not politically and legally feasible, a second Scoxit referendum looks increasingly probable. (Reuters)

Though referendums have a popular resonance, they go against the fundamental spirit of democracy, which is that it is the duty of elected governments to govern and take decisions they feel are in the best interests of the nation—after all, if every major decision has to be taken via a referendum, why even bother to elect a government? Which is why, it was always odd David Cameron promised a referendum on the issue of whether the UK should stay in the EU and, having done so, his pro-Euro defence seemed rather weak. As in the US where Trump has a lot of the vote—how much will be known only on Tuesday—the uneven gains from trade liberalisation and economic growth always meant a sizeable section of the working class needed a demon to hold responsible for their troubles; it didn’t help that the bureaucratic chokehold of Europe made things more unbearable though it has to be said, by having its own currency, the UK was spared of a lot of the problems faced by countries such as Greece who are on the Euro.

If the referendum wasn’t, in itself, a bad idea, the fact that a decision that could so fundamentally affect the UK’s economic future was left to a simple majority was even stranger. In India, to put this in context, the GST Bill which seeks to fundamentally alter how powers of taxation are to be shared between the Centre and states, the Bill has to be passed by over two-thirds of those in Parliament and, once this is done, the Bill needs to be ratified by the legislature of at least half the number of states in the country. Indeed, while that long-drawn process applies to just the Constitutional Amendment Bill, the actual nitty gritty of the tax rates, and what products they are to apply to, has to be determined by a GST Council on which all states are represented.

Following a petition, the High Court in Belfast, Northern Ireland, ruled that the UK Parliament has to vote upon Brexit before the government takes a unilateral call on it. Since UK prime minister Theresa May is going to challenge the decision, the next battle will be fought in the Supreme Court in December where an 11-judge bench will be presiding. Assuming the Court goes along with the lower court, a Parliament vote could be called before the end of the year. While Parliament may still vote in its favour, it gives the pro-Europe group a chance to formally, and forcefully, explain to MPs why a vote against Europe will damage the British economy since it is unlikely individual European nations will give the UK the kind of market access it had as a member of the EU. Since Europe will hurt as much as the UK will from Brexit, this is the time for Chancellor Merkel to rally European allies and quickly announce what concessions—such as on absorbing refugees—will be made available to the UK should it choose to stay.

Next Story
Public good or publicity stunt?
US Stock Market
Apple posts highest-ever quarterly earnings with record $123.9 billion in sales
Which ETFs to buy for investing in S&P 500 and Nasdaq 100 indices?
What’s next for global markets after Fed’s recent statement
Top 25 global banks show stability at $3.9 trillion in market values in Q4 2021: GlobalData
This is how U.S. stock market has fared historically when Fed begins tightening rates
View All
Latest News
Pegasus and a missile system were ‘centerpieces’ of USD 2 bn deal between India and Israel in 2017: NYT
Astro Tourism in India: Love to stargaze? This Jaipur observatory can be your next stop!
Luxury as a way of life! At every touchpoint, Bharat is about evolution through inclusivity: Haresh Mirpuri, Aranyani
Azam Khan to replace Jayant Chaudhary if Akhilesh Yadav wins UP Election: Amit Shah
COVID-19 Omicron variant: What we know about the 53 mutations of the virus
Facebook Messenger update brings screenshot alert, stickers, emoji reactions and more to your ‘secret’ chats
PM Narendra Modi’s Republic Day gift for Brett Lee: Binga receives letter from PM as ‘exemplar’ of Indo-Australian relationship
Most Read
Budget 2022: Incentives for innovative technologies to land for new hospitals -What healthcare industry wants from the FM
HTET Result 2021: Haryana announces Teacher Eligibility Test results, here’s how to download
Risk persists even though Covid cases starting to plateau in parts of India: WHO
WFH Blues? These 4 real life hacks will help you tide over pandemic stress
Photos
IN PHOTOS: India’s valour and splendour come alive at Rajpath during Republic Day Parade
3 days agoJanuary 26, 2022
Share
In Pictures: Indian Army patrols in heavy snow in Jammu and Kashmir’s Poonch
1 week agoJanuary 20, 2022
Share
Satellite images show huge damage in Tonga; Scientists say this underwater volcanic eruption may harm environment for years
2 weeks agoJanuary 18, 2022
Share
Read More
×
Global trade cloud over current account
Fixing stubble burning
CIL must get its act together, discoms too
Recovery taking off, but headwinds remain
Unesco lessons for India
Brexit on hold as UK court rules Parliament has to vote on it