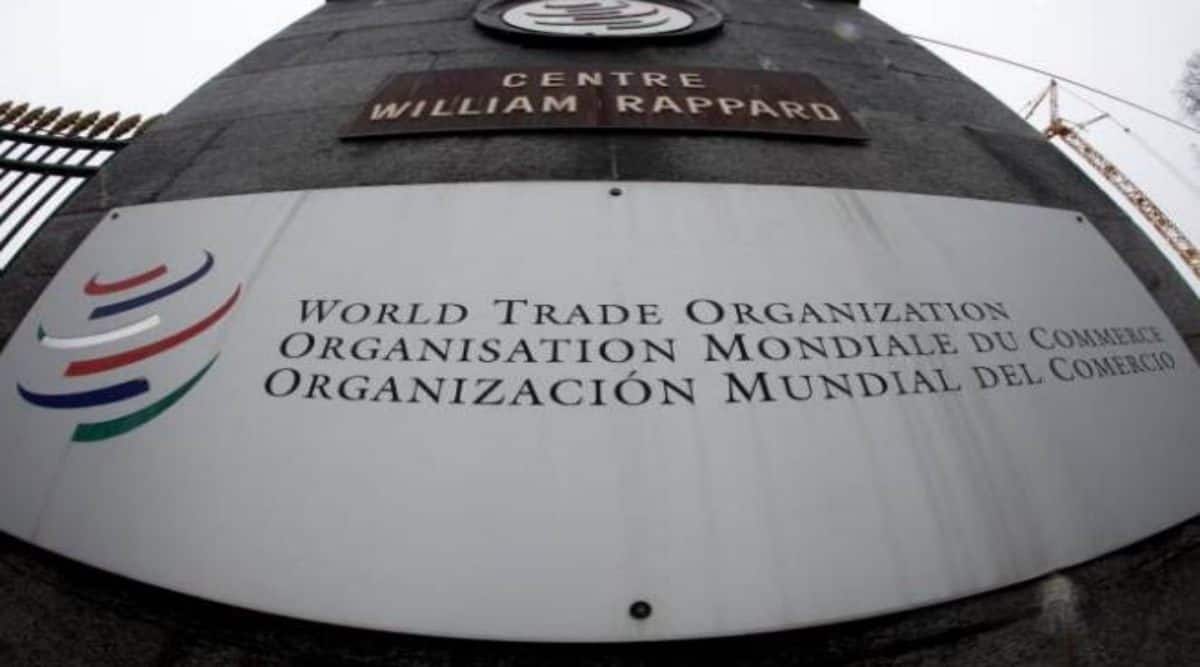 The Indian delegation is being led by Commerce and Industry Minister Piyush Goyal.

India will press for a permanent solution to the issue of public stock holding of grains for food security programmes and strongly protect the interests of farmers and fishermen at the 12th ministerial meet of the World Trade Organization, beginning on Sunday. The Indian delegation is being led by Commerce and Industry Minister Piyush Goyal.

The four-day 12th ministerial conference (MC) will start on June 12 in Geneva. The meeting is taking place after a gap of four years and in the backdrop of the Ukraine-Russia war and uncertain global economic situation. The last time it was held in Argentina in 2017. MC is the highest decision-making body of the 164-member World Trade Organization (WTO).

The main issues in the meeting include WTO response to the COVID-19 pandemic, including patent waiver; agriculture and food security; WTO reforms; proposed fisheries subsidies agreement; and extension of the moratorium on electronic transmission.

The main issues under this category that could figure in the meeting include public stockholding for food security purposes, trade-distorting domestic subsidies, market access, the special safeguard mechanism, export restrictions and prohibition, and transparency.

New Delhi will pitch for finding a permanent solution to the issue of public stock holding (PSH) for its food security programmes.

PSH programme is a policy tool under which the government procures crops like rice and wheat from farmers at minimum support price (MSP), and stores and distributes foodgrains to the poor. MSP is normally higher than the prevailing market rates and sells these at a low price to ensure food security for over 800 million poor people. However, the WTO’s Agreement on Agriculture limits the ability of a government to purchase food at MSP.

Under global trade norms, a WTO member country’s food subsidy bill should not breach the limit of 10 per cent of the value of production based on the reference price of 1986-88.

“Therefore, seeking a permanent solution is of utmost importance for India,” an expert said.

India has sought a fast-track resolution of the issue with no linkage with domestic support.

As part of a permanent solution, India has asked for measures like amendments in the formula to calculate the food subsidy cap and the inclusion of programmes implemented after 2013 under the ambit of the Peace Clause.

Under the Peace Clause, WTO members agreed to refrain from challenging any breach of the prescribed ceiling by a developing nation at the dispute settlement forum of the WTO. This clause will stay till a permanent solution is found to the food stockpiling issue.

A top government official has stated that India would support efforts to improve the working of the WTO but its key pillars like special and differential treatment for less developed and developing nations, equal voice and dispute settlement mechanism should be retained while undertaking reforms.

The WTO is a multilateral body, which formulates rules for global exports and imports and adjudicates disputes between two or more than two countries on trade-related issues.

“We believe that WTO is an important organisation. Its multi-lateral nature should never be affected and therefore, we support any efforts to improve its working.

“But the pillars of the WTO — which are special and differential treatment for the less developed and developing nations, consensus based approach that is the equal voice that every member has, transparency requirements, rule of law and dispute settlement mechanism. All these pillars of the WTO should be maintained when we are trying to do WTO reforms,” the official said.

Members are negotiating a fishery subsidies agreement with the objective of eliminating subsidies for illegal, unreported and unregulated (IUU) fishing and curbing subsidies for overfished stocks; and overfishing and overcapacity with a view to promoting sustainable fishing.

It is estimated that 34 per cent of global stocks are overfished compared with 10 per cent in 1974. These figures reflect that the fish reserves are being exploited at a rate where the fish population cannot replenish itself.

Countries, including Japan, Australia, New Zealand, the EU, Canada and the US, are pressing for disciplining the subsidies. Nations like India, and Indonesia want flexibility under special and differential treatment.

“India is committed to concluding the negotiations so long as it provides space for equitable growth and freedom in developing fishing capacities for the future without locking members into disadvantageous arrangements in perpetuity,” a source said.

India has highlighted that developing countries not engaged in distant water fishing should be exempted from overfishing subsidy prohibitions for at least 25 years, as the sector is still at a nascent stage.

Citing the importance of developing nations to preserve policy space for their digital advancement, regulate imports and generate revenue through customs duties, the official said India believes that a reconsideration of the moratorium is crucial.

WTO members have agreed not to impose customs duties on electronic transmissions since 1998, and the moratorium has been periodically extended at successive ministerial conferences (MC).

WTO’s response to the pandemic:

India and South Africa have proposed a temporary waiver of certain provisions of a WTO agreement on intellectual property rights to deal with the coronavirus pandemic. They have stated that the move would help in fast vaccination and revival of the world economy.