WPI inflation may ease off to single digit by Oct; RBI MPC may hike repo rate by 50 bps in Sep

Despite the mild cool off, the wholesale price index continued to remain in double digit for the 17th consecutive month in August. 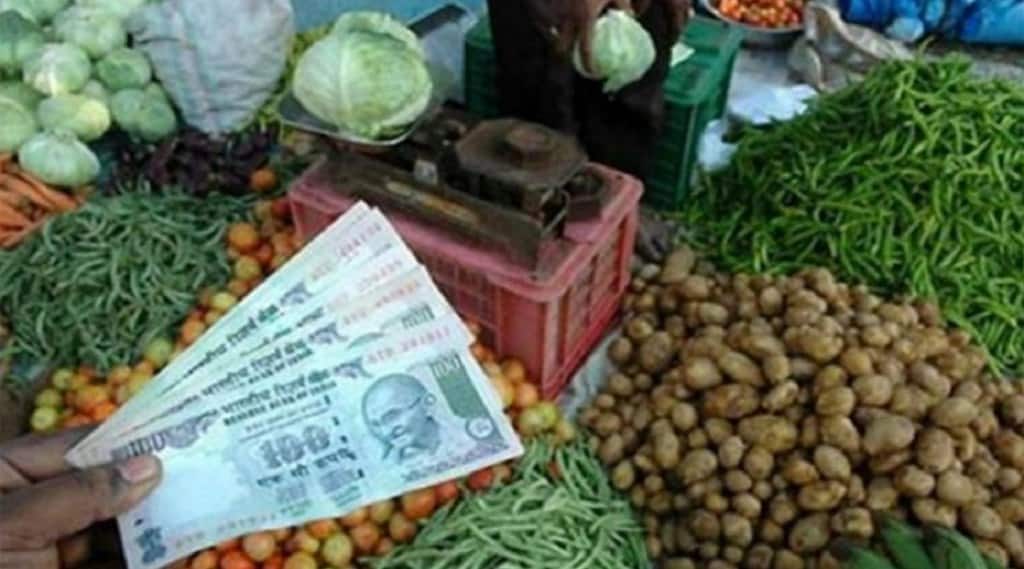 We now expect the RBI to deliver another 50bp rate hike in September, taking the repo rate to 5.90%

India’s wholesale inflation (WPI) continued to ease further to an 11-month low of 12.41 per cent on-year in August from 13.93 per cent in July. Despite the mild cool off, the wholesale price index continued to remain in double digit for the 17th consecutive month in August. One of the reasons behind WPI numbers staying in double digits is the spike in inflation recorded in the food articles segment at 12.37 per cent, up from 10.77 per cent recorded in July. Economists expect ease off in wholesale inflation to continue going forward on the back of the rising base, softening of commodity prices on intensifying recessionary fears across major advanced economies and weaker demand conditions in China.

Going forward, there is a scope for further easing in wholesale inflation trajectory owing to the rising base, softening of commodity prices on intensifying recessionary fears across major advanced economies, and weaker demand conditions in China. However, prolonged geopolitical tensions and currency depreciation may offset some of these comfort factors.Clearly, the differential between CPI and WPI inflation is on its way down with moderation in commodity prices and gradual pass-through of the input cost pressures that producers have faced earlier. The rate of further decline in WPI inflation will be dependent on the Kharif harvest and the extent of unwinding of global crude oil prices. The trajectory of CPI, however, may not be similar to that of WPI, given the expected recovery in demand. We expect a gradual moderation in the CPI print in the current year with an average of 6.7% for FY23.

Wholesale inflation eased for a third straight month in August. While there was an increase in food inflation, it was offset by easing of other commodity prices including crude oil. WPI has lower weight of food components vis a vis CPI and that would explain the inching down of WPI inflation, even while CPI inflation increased in the period under review. While easing wholesale inflation is a positive development, it remains to be seen if firms will pass on the benefit to final consumers. If not, then bringing retail inflation within the target range could take even longer. If the easing of global commodity prices sustains, we could expect wholesale inflation easing to single digit by October. We expect WPI inflation to fall below CPI inflation by the end of this fiscal.

WPI inflation eased in August, from elevated levels. While the gap between WPI and CPI is closing, providing some relief to producers, it remains wide enough to keep the MPC on its path of front-loaded rate hikes. Core CPI was broadly in line with our expectations, coming in at 6.17% y/y. From a policy perspective, another month of above-target inflation clears the path for further monetary tightening at the next MPC meeting on 30 September. While several supply issues appear under control, and inflation projections are biased lower, we still sense that the relatively resilient growth outlook, coupled with strong credit growth and sticky core inflation, will keep the RBI’s focus firmly on managing inflation. We now expect the RBI to deliver another 50bp rate hike in September, taking the repo rate to 5.90%, which should also be the time when real rates reach levels desired by the MPC.

WPI inflation has come in at 12.4% which is 100 bps lower than our expectation and also signals a decline in the rate in the last two months. This has been enabled by the cooling of international prices of commodities. Lower inflation is visible in all the three segments which is positive. Concern will still be on the food side with cereals showing high inflation followed by horticulture products. The kharif outcome will have a significant bearing on the future course of the index especially post October. Lower crude oil prices would be beneficial for the economy as the fuel component of the index will be under control. Within the three groups, manufactured products have witnessed lowest inflation of 7.5% and benefited from a global trend of lower prices which will continue for the rest of the year as the major economies slow down leading to further reduction in prices.

India’s Wholesale price index (WPI) has eased to 12.41 percent in August, compared to the spike we had seen July at 13.93 per cent. The food price segment continues to remain high at 12.37 per cent in August which can be attributed majorly to rise in vegetable prices. Thus, even though there is uptick in the prices of food items this ease WPI is majorly due to softening in the prices of manufacturing items. From August 2021, this is the 17th consecutive month of double-digit wholesale price inflation (WPI).  However, to frame the monetary policy, RBI mainly looks at retail inflation. We expect that there would be hike in interest rate in order to tame inflation.

Follow us on
Latest News
Demand to take a back seat, cautions Maruti
FMCG’s lacklustre growth
Rishi Sunak’s tryst with destiny
India and globalisation
Xi’s conflict-prone China
Karur Vysya eyes 15% credit growth
HUL allays fears after Unilever product recall in US, Canada
Photos
In Pictures: PM Modi in Kargil to celebrate Diwali with soldiers, says, ‘All of you have been my family for years now’
2 days agoOctober 24, 2022
In Pictures: PM Modi inaugurates Deepotsav in Ayodhya; World record set by lighting of over 15 lakh diyas
2 days agoOctober 24, 2022
PM Modi in Kedarnath, Badrinath: Here are some photos of the visit
3 days agoOctober 22, 2022
Read More
×
India-UK free trade talks to gather pace after a brief lull
Exemption-free tax regime option may be scrapped
GST offences up to Rs 5 crore may be decriminalised
Capex loans to states pick up, Rs 30,000-cr released
Gold glitters for large jewellers on Dhanteras
Textile and garment exports shrink