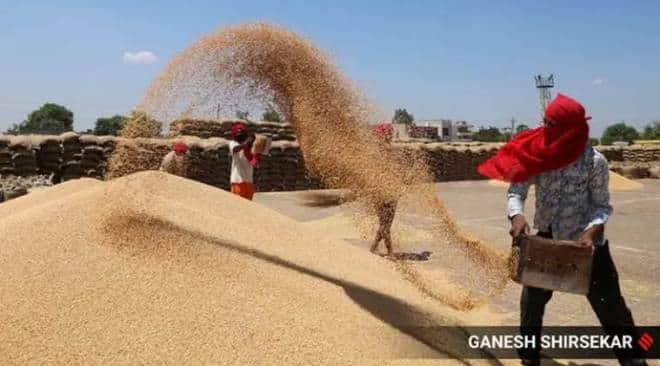 As the economy comes to a standstill amid the coronavirus-led lockdown, India’s agriculture sector has taken the baton of economic growth in its hands. The exports of agricultural commodities from March to June 2020 shot up by 23.24 per cent on-year to Rs 25,552.7 crores, according to the Ministry of Agriculture & Farmers Welfare. The government said that self-reliant agriculture is critical for the goal of an Atmanirbhar Bharat and for this, agricultural export is extremely important as besides earning foreign exchange for the country, the exports help farmers, producers, and exporters to take advantage of wider international market and increase their income.

The surge in exports has also resulted in increased production in the farm sector by increasing coverage area and productivity. The share of India’s agricultural exports and imports in the world agriculture trade in 2017 was 2.27 per cent and 1.90 per cent, respectively. Even during the difficult time of pandemic lockdown, India took care to not to disturb the world food supply chain and continued to export, the government said.

Meanwhile, the Ministry of Agriculture has prepared a comprehensive action plan towards the promotion of agri trade, which aims at boosting Agri export with emphasis on value addition and action plan for import substitution. Recently, the agriculture sector has witnessed a series of reforms, giving more choices to the farmers to sell their produce at competitive rates.

He had further said that the main instrument has been minimum support prices, but the price incentives have been costly, inefficient, and even distortive. Shaktikanta Das had also underlined that an efficient domestic supply chain is critical and the focus must now turn to capitalising on the major reforms that are underway to facilitate domestic free trade in agriculture.