Committing to restructure and rejuvenate the cash-strapped railways, Minister Suresh Prabhu today said he is looking for new funding avenues, including a safety cess, and will review project financing norms to ensure best returns on investment. 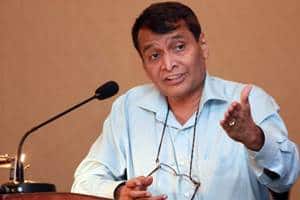 Committing to restructure and rejuvenate the cash-strapped railways, Minister Suresh Prabhu today said he is looking for new funding avenues, including a safety cess, and will review project financing norms to ensure best returns on investment.

He also brushed aside criticism of the proposal to introduce expensive bullet trains, saying the government has managed to secure a soft loan of Rs 1 lakh crore from Japan at an interest as low as 0.1 per cent for a period of 50 years.

The technology which India will get from Japan will help in improving the railway systems in the country, he said in Lok Sabha while replying to a debate on the Railway Budget 2016-17 which was later passed by the House after rejection of a host of cut motions.

In the course of his reply to the debate during which opposition parties criticised the functioning of the railways, Prabhu appreciated former Prime Minister Manmohan Singh for signing the MoU with Japan for bullet train project.

Insisting that the number of accidents has come down, he said the Ministry is looking at a “safety cess” to supplement its effort to eliminate unmanned crossing which are the major cause for mishaps.

“I have announced plans for setting up Rs 1 lakh crore safety fund (Rashtriya Rail Sanrakshan Kosh). We have taken up the proposal with Ministry of Finance. We are trying to leverage it through some kind of security surcharge,” he said.

“It is the beginning of a long march,” he said as he recalled the steps taken by the Ministry by substantially raising capital expenditure to Rs 1.21 lakh crore and improving rail safety.

Prabhu said the Ministry was preparing a plan till 2030 for reorganising, restructuring and rejuvenating railways. “All states, member of Parliament, and stakeholders will be consulted for making the plan till 2030”.