This is not the case with just this haat. Urban haats across the country are undergoing similar pain. 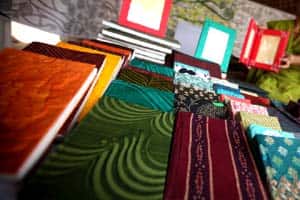 In the report ‘Review of Urban Haats’, a Parliamentary Standing Committee noted that AC Nielsen ORG-MARG had pointed out that the Urban Haats lacked proper infrastructure. (Representational picture; Express photo by Oinam Anand)

It’s not exactly brisk business for some of the new Urban Haats being set up across the country. A new haat in Jaipur inaugurated by Rajasthan chief minister Vasundhara Raje Scindia on October 16 is unfolding into an ordeal for participating artisans. Having brought their products from across the country in the hope of good sale over the 24 days of ‘The Dastkaar Bazaar’ in the Jaipur Urban Haat, many are now regretting their decision to come and participate as only a handful of customers show up in a day.

Five days into the haat, to sell their articles made of golden grass, Anil and Padma Das, a couple in their late 50s who traveled with their goods worth over Rs 3 lakh from West Bengal, now curse their decision to have come all the way.

“We spent Rs 10,000 in transportation of our goods worth Rs 3 lakh from West Bengal but its been five days and the sales are like Rs 200-500 in a day. Everyone is facing the situation as there are no customers,” said Das. Some artisans complain that the government should have not put up an entry ticket (a nominal Rs 20 per entry) as many are not even entering to see what is there inside.

This is not the case with just this haat. Urban haats across the country are undergoing similar pain.

In the report ‘Review of Urban Haats’, a Parliamentary Standing Committee noted that AC Nielsen ORG-MARG had pointed out that the Urban Haats lacked proper infrastructure. While the ministry has instructed the implementing agencies to ensure proper infrastructure, the committee said, “These are steps in right direction and should be pursued vigorously as deficient infrastructure will defeat the very purpose of the scheme.”

The committee also noted that of the 48 sanctioned Urban Haats, 13 got cancelled due to inadequate response from the implementing agencies (state government bodies). Among the remaining 35, 26 are functional while 9 are under construction.

The report highlights the availability of land at a good location as a cause of concern. “The haat is located outside the city and so the local customers don’t come,” said a participating artisan from Churu, in Rajasthan.

There are others who say that the event has not been promoted well.

However, the Rajasthan government has provided them the space for free and is also providing them a daily allowance of Rs 300 for one person per stall.

But that does not protect them fully. Das says that since they have to arrange for their accommodation, the DA amount is going into that and then they have to pay for food and other expenses from their own pocket.