Why Geospatial Bill is draconian and how it will hurt startups 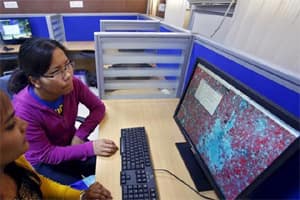 The Geospatial Bill seeks to make creating, accessing and distribution or sharing of map related information, illegal and that every company will have to take prior permission and license from the government for the same. (Reuters)

Last week, the Indian government rejected Google’s plans to map Indian cities, tourist spots and mountain ranges, using the 360-degree panoramic Google Street View feature. The government officials cited “national security” as a reason for not granting permission to Google. It is expected that the Google’s Street View permission would be relooked at, once the draft Geospatial Information Regulation Bill, 2016, is enforced as law. Many however feel that this draft bill is draconian and will have serious repercussions on the startup ecosystem.

The Geospatial Bill seeks to make creating, accessing and distribution or sharing of map related information, illegal and that every company will have to take prior permission and license from the government for the same. Wayback in 2011, Google had announced the introduction of Street View for Bangalore, on Google Maps. But the project ran into trouble with Bangalore Police stopping Street View cars from plying in the city, citing security reasons.

Google Street View, launched in 2007, is popular in San Francisco, Las Vegas, Denver, New York and Miami, which allows users to navigate virtual streets from photographs gathered from directional cameras on special vehicles. While the service has been hugely successful it has caused problems of privacy in some countries.

In 2010 almost 250,000 Germans told Google to blur pictures of their homes on the Street View service, while Czech government also banned Google from taking any new photos for the service. In Switzerland, the matter went to the court and it was accepted that Google would be obliged to pixelate 99% of images to blur faces, vehicle registrations and that it would not be filming certain sensitive places such as schools, prisons and shelter homes.

This adds to the list of recent controversies on Google Earth, and the draft Geospatial Information Regulation Bill, on adoption of mapping technology in India. Commenting on the development, Sumandro Chattapadhyay, research director at the Centre for Internet and Society said, the key country where the Google Street View faced legal challenge, and was fined too, is Germany. This legal challenge, however, was not based on the concern for national security but on that for the privacy of the citizens. However, it was eventually allowed to roll out Street View in Germany provided that it asks for consent from the house owners before images of any house.”

“One of the crucial concerns with the draft Geospatial Information Regulation Bill remains its vast scope of application. Not only initiatives like Google Street View may be regulated under it (for capturing geo-referenced imagery from the street level) but absolutely any mobile application that requires the user’s geo-location (either automatically detected, or manually entered by the user) would be within the purview of this Bill. This evidently creates a great pressure upon the entire ICT-enable product and service sector in India,” Chattapadhyay added.

This would mean that, any company, particularly the new age startups, those in the food tech, fintech and e-commerce space, which uses geo-location to identify the customer location to either deliver goods, food products, or the likes of Ola and Uber which uses maps to pickup and drop customers, will have to obtain license from the government.

Raman Shukla, director—strategy and product, Medikoe, said, “At Medikoe we are helping users to locate the nearest healthcare service provider with the available technologies. Google Maps is one of key feature our company banks on. Though we understand the country’s security concerns, the draft bill, if implemented, would be a violation of independent internet. We believe that a much better solution can be identified to solve security concerns.”

Venu Kondur, founder of LOBB, the online truck booking platform said, “Geostatial data is a very important data for our business. Customers booking truck through LOBB platform get real-time track & trace facility. Our customers rely heavily on this data for their day-day activity. Startups like us depend largely on maps data for real-time tracking of consignment. Lot of our business intelligence data is drawn out of it.”

In case, if the draft gets implemented, many startups will be forced to change the business model and while it will also increase the product delivery time. A group of 15 volunteers created a SaveTheMap.in portal to educate the readers about the draft bill and also give complete information on how the bill have an impact on the citizen and users of certain application. Sajjad Anwar one of the volunteer, said, through the portal about 1700 mails have been sent to the ministry of home affairs airing their view on why they do not support the draft Bill.

Comparing with other countries, Chattapadhyay further said, “At first, other countries deal with the question of display of security establishments in publicly available maps through direct interactions with large mapping companies, and does not turn this into a financial and political burden for the entire economy. Secondly, it is the concern about privacy of the citizens that should frame the Indian government’s response to products and services like Google Street View, and not concerns regarding national security.”

What the draft bill says

No person shall, in any manner, make use of, disseminate, publish or distribute any geospatial information of India, outside India, without prior permission from the security vetting authority under the Central government.

Whoever acquires any geospatial information of India in contravention to the rules, shall be punished with a fine ranging from Rs 1 crore to Rs 100 crore and /or imprisonment for a period upto seven years.

Every person who has already acquired any geospatial imagery or data of any part of India either through space or aerial platforms such as satellite, aircrafts, airships, balloons, unmanned aerial vehicles or terrestrial vehicles shall within one year from the commencement of this Act, make an application along with requisite fees to the security vetting authority.