Currently, the wheat prices (inclusive of all costs) in West Asian markets are 30-40% higher than the local minimum support price (MSP), at $360-370/tonne. The prices are even higher at $410/tonne in African markets like Egypt, Lebanon, Libya and Syria. 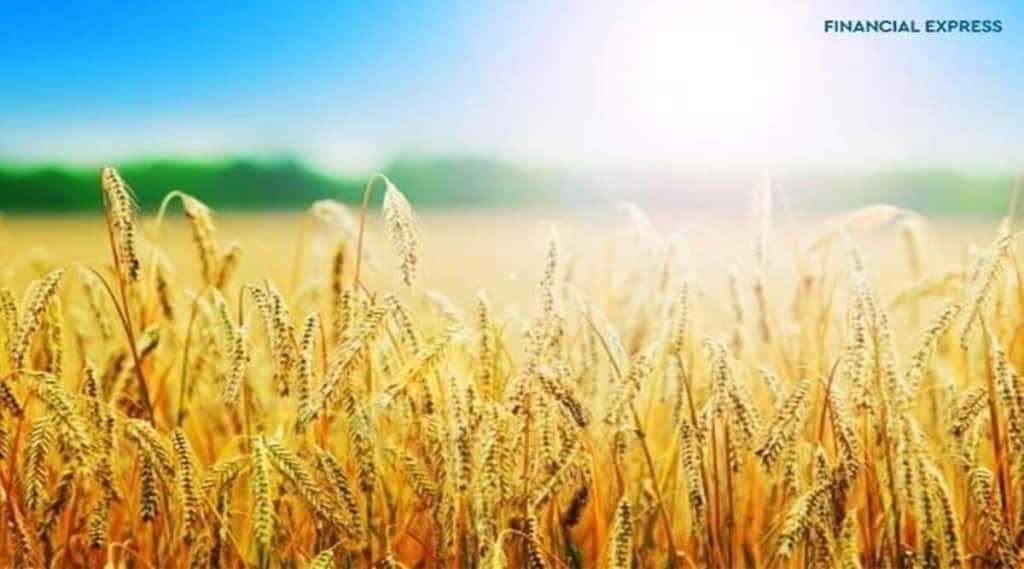 Given that India could have an exportable surplus of 11-12 million tonne of wheat after meeting the requirement of the National Food Security Act, the country could conceivably fetch close to $5 billion by exporting the worldwide staple food to a host of countries in the next financial year.

India’s wheat exporters are looking at a bonanza from the Russia-Ukraine war, as prices of the cereal have skyrocketed in major markets across the globe amid sharply reduced supplies from the war-racked region and could predictably remain somewhat elevated through FY23. Given that India could have an exportable surplus of 11-12 million tonne of wheat after meeting the requirement of the National Food Security Act, the country could conceivably fetch close to $5 billion by exporting the worldwide staple food to a host of countries in the next financial year.

To put that in perspective, India’s wheat exports in FY23 could potentially be 2.5 times the current year’s all-time high level in value term and close to 9 times the shipments made in FY21 (see chart).

Indian wheat could be particularly competitive in the West Asian and North African markets, while Bangladesh and Sri Lanka in the immediate neighbourhood might also buy large stocks of the grain from the country if the supply squeeze lasts longer.

Of course, for the higher export potential to be tapped fully, the policymakers have to ease the regulation of stocks and Punjab and Haryana governments will have to cut their hefty mandi taxes. Madhya Pradesh, the largest wheat producer among Indian states, and Gujarat are more certain to benefit from the changed dynamics of the global markets for the cereal.

Sudhanshu Pandey, secretary at department of food and public distribution, told FE that India would seize the opportunity precipitated by the Russia-Ukraine war to quickly scale up wheat exports. He said the country could easily export 11 million tonne of wheat in FY23, given the bumper production and stock levels, adding that farmers would benefit from the higher shipments as much as traders.

India has been the world’s largest rice exporter in the last decade — export earnings stood at a record $8.7 billion in FY21 and could cross $9 billion this fiscal ($7.7 billion was netted in April-January). But the country had been a relatively marginal player in global wheat trade until FY21.

According to official sources, the government has firmed up the export strategy in a series of inter-ministerial meetings over the last few days. It reckons that Russia and Ukraine, which conventionally used to have a combined share of more than quarter of the global wheat trade, may remain conspicuously absent from the key markets for several months.

Even though the current wheat stocks with Food Corporation of India (FCI) are now roughly three times the buffer norm and the ongoing rabi procurement will buttress the stocks, the government may still have to guard against the possibility of cartelisation by large traders in an export overdrive, according to Siraj Hussain, former agriculture secretary. He recalled the incidence of cartelisation by a few traders in 2004 which led to the country’s wheat stocks falling below the buffer level.

Currently, the wheat prices (inclusive of all costs) in West Asian markets are 30-40% higher than the local minimum support price (MSP), at $360-370/tonne. The prices are even higher at $410/tonne in African markets like Egypt, Lebanon, Libya and Syria.

Though export prices include freight and traders’ margins, these are still much more remunerative for Indian farmers at present. Reflecting how much wheat trade shifted to the sellers after the Ukraine crisis, hard red winter (HRW) variety, the most common variation of wheat grown in the US, was quoting at $539 per tonne, up 90% on year on March 7. Market analysts predict the prices in major markets to hover around $380-420/tonne range over the next few months.

“We anticipate the surge in exports to continue in coming months and farmers will be realising much better prices than the MSP announced by the government” said Kunal Shah, joint director at Shah Corporation, a wheat trading firm based at Vashi, Mumbai.

Apart from Kandla and Mudra ports that have traditionally been used by wheat exporters, Kolkata and Visakhapatnam ports are now likely to be used for exports to South-East Asia and Bangladesh, trade source said.

“We have been regularly addressing the issues raised by exporters in the supply chain of export of wheat especially in the areas of compliance of standards prescribed by importing countries,” M Angamuthu, chairman, Agricultural and Processed Food Products Export Development Authority, said.

Official sources said that given that wheat prices are likely to rule above MSP in coming months, government agencies such as FCI would end up purchasing just 35 MT of grain in the 2022-23 rabi marketing session, against target of 44 MT. The purchase season will begin from April 1.

“Supply of grains for the Public Distribution System under the NFSA won’t be impacted either (by higher exports) as the stocks with the FCI are very high. At the beginning of this month, FCI was saddled with grain stocks of 23.4 MT, much higher than the buffer norm of 7.46 MT,” said an official source.