Waive it off or make it mandatory: Restaurateurs on service charge

From increase in the base price of food items, creating chaos and dispute during billing, increase of tip culture and an affect in the operating cost of the restaurants and employment — these will be some of the ramifications in the food and beverage sector if paying of service charge is made optional, say restaurateur. 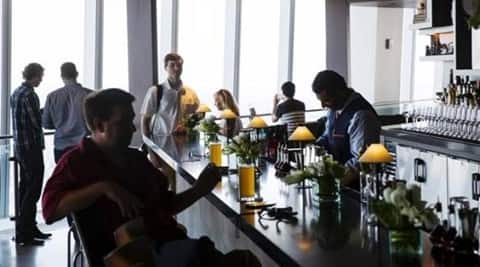 From increase in the base price of food items, creating chaos and dispute during billing, increase of tip culture and an affect in the operating cost of the restaurants and employment — these will be some of the ramifications in the food and beverage sector if paying of service charge is made optional, say restaurateur. Eatery owners, who have their outlets in different parts of the nation, are in a fix since the Department of Consumer Affairs (DCA) issued a statement saying that customers dissatisfied with service at any hotel or restaurant can opt for the service charge not being levied as this is optional or discretionary.

Priyank Sukhija, who owns Lord of the Drinks, Tamasha, The Flying Saucer cafe and Warehouse cafe, told IANS: “Making service charge optional or discretionary will affect employment. Service charge is not a way for us to earn money, but it’s for staff welfare and motivation. Leaving it on customer discretion, in my opinion, is not right.

“The decision should have been clear enough in the way that either the government should have completely waived it off or make it mandatory. They could have been better way like may be reduction of service tax.”

The decision by DCA was taken in lieu of complaints received from consumers that many hotels and restaurants charged “service charge in the range of 5-20 per cent, in lieu of tips” and consumers were “forced to pay irrespective of the kind of service provided”.

Varun Puri, owner of Imly, feels the step will lead to unnecessary chaos and disputes during the billing.

“Who is going to decide why guests shouldn’t be billed with service charge. This is also going to affect the operating cost for the restaurants. Earlier what the customers paid as service charge, will now fall upon the head of the company to increase staff’s salary,” Puri told IANS.

Bhuvnesh Bhalla, director of Delhi-based restaurant Aanch, said: “With the implication of this rule, our staff will ask for more hikes as this income was purely their incentive apart from their monthly income. As any waiter earns approximately Rs 3000-4000 through this service charge per month in addition to their monthly income, it will come onto the owners of restaurants.”

For Laurent Samandari, founder of L’Opera, one consequence could be an increase in the base prices at restaurants, to make up for the lost revenue.”

Some restaurant owners feels that the service charge used to “omit the iridescent behaviour of the server (staff) who would demand tips with their body language”, but now things won’t be same.

Prashant Khurana, executive Chef at Andrea’s Eatery, told IANS: “The service charge was also helpful for making up for restaurant breakages of crockery and glassware. Also, the most important thing was that the compulsory service charge has almost omitted the indecent behaviour of the server (staff) demanding the tip from a guest with his most inappropriate body language.”

The move could also have a positive effect. “This rule will bring in a little positive approach in the F&B industry as now every restaurant and hotel authorities will improvise on their services and quality, which will help them to get more customer footfall and revenue generation,” Ashish Massey, director, The Ancient Barbeque, told IANS. Inderjeet Banga, owner of Prankster and The Pirates of Grill, agreed.

“For restaurants and hotels who take guest satisfaction for granted, this is a big wake-up call. Also, if we see the long-term effect, this shall make better relations between service boys and guests on the floor. The others who don’t want to perform, have to perish,” Banga told IANS.

Umang Tewari, who owns The Junkyard Cafe, Garam Dharam, Vault Cafe and more under Big Fish Ventures, has already removed the service charge from all his restaurants as he does “not believe in over-burdening our consumers”. But there’s also Ajay Sharma, franchise owner of Playboy Cafe, who said: “As long as service charge is mentioned in our menu, it cannot be termed as unfair.”