Visa to have impact running into multi-million dollars: Wipro

Wipro is looking to mitigate the impact of the recent H1B visa fee hike by hiring more locals in the US. 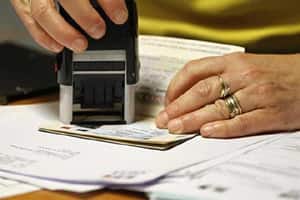 America's H-1B visa program is designed to permit US companies to recruit workers from abroad to fill highly specialized jobs here in America.

Country’s third largest software services firm Wipro on Monday said the recent H1B visa fee hike by the US will have a “large impact running into multi-million dollars”.

The company is looking to mitigate the impact by hiring more locals in the US.

“It is a large impact running into multi-million dollars for Wipro and also I’m sure for similar such organisations, and it will have meaningful impact on our operating margins. Once we start applying for that, we will disclose those numbers,” Wipro Chief Financial Officer Jatin Dalal told reporters here.

He further said: “…this is certainly that was unexpected and we will have to work through it.”

Almost all Indian IT companies would pay between $8,000 and $10,000 per H1B visa from April 1, when the next annual H1B visa filing session starts, thus making it quite economically unsustainable for them.

According to Indian IT body Nasscom, this is expected to have an impact of about USD 400 million annually on India’s technology sector.

The industry, however, doesn’t seem to be too worried.

Wipro’s larger rival, Tata Consultancy Services has said the fee hike was not a big concern and that it is more of a cost issue than a revenue issue.

Infosys too, has said the fee hike will have less than 0.3 per cent impact on its margins.
Dalal said the key will be to diversify its workforce.

“I think the key also is for us to be able to diversify… to be able to localise more with in US. That is what we have already embarked on… by having local US centres and being able to deploy people from within those centres within the US is how in the long or medium term, we will mitigate the issues around visa and in general labour movement across the globe,” he added.