US trade deficit narrows in October as exports rebound 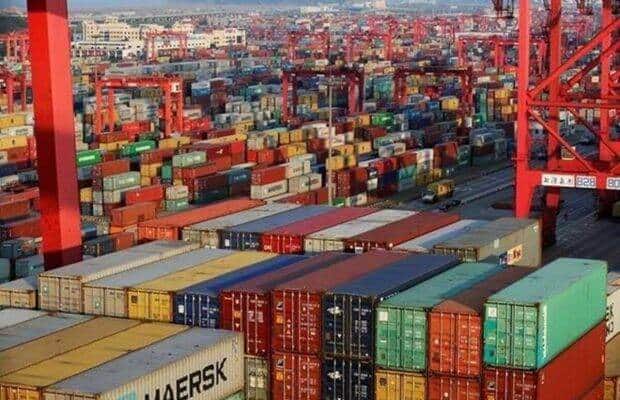 The strong rebound in exports is seen by economists as evidence of global supply chains beginning to untangle, and they believe smaller deficits this quarter could give a solid boost to overall U.S. economic growth. (Representative image)

The U.S. trade deficit narrowed to USD67.1 billion in October, the lowest in six months, after hitting a record high in September. A big rebound in exports helped to offset a much smaller rise in imports.

The October deficit was 17.6per cent below the all-time peak in September of USD81.4 billion, the Commerce Department reported Tuesday. It was the smallest monthly deficit since a USD66.2 billion imbalance in April.

The strong rebound in exports is seen by economists as evidence of global supply chains beginning to untangle, and they believe smaller deficits this quarter could give a solid boost to overall U.S. economic growth.

There were gains in numerous export categories, suggesting that a recovering global economy is beginning to boost demand for U.S. products. Americans’ demand for imports had been racing ahead of export sales as the U.S. economy recovered more quickly than other countries from the pandemic.

In October, exports rose 8.1per cent to USD223.6 billion while imports were up a much smaller 0.9per cent to USD290.7 billion. The deficit is the gap between what the United States exports to the rest of the world and the imports it purchases from foreign nations.

The politically sensitive trade deficit with China, the largest with any country, fell by 14per cent in October to USD31.4 billion. For the first 10 months of this year, the deficit in goods trade with China is running 13.7per cent higher than a year ago.

Part of the October increase in exports reflected a surge in oil exports, reflecting a return to more normal operations at Gulf Coast refineries which had been shut down by Hurricane Ida.

Big gains in U.S. auto exports and imports suggest that the global computer chip shortage which had crimped auto production was beginning to ease, a trend that has been noted by leaders in the auto industry.

Andrew Hunter, senior U.S. economist at Capital Economics, predicted that an improving trade picture would add around 1 percentage point to U.S. economic growth in the current October-December quarter. He expects the gross domestic product to expand at an annual rate of 6.5per cent this quarter, a significant improvement from the modest 2.1per cent growth rate in the third quarter.

While the trade report offered evidence that supply chain problems were easing, Hunter noted that while the number of waiting ships anchored off U.S. ports has declined in recent weeks they remain at “historically high levels.” He also cautioned that the emergence of the new omicron variant and the travel restrictions that have been re-instated could dampen services trade in coming months.

Tuesday’s report showed that the deficit in goods totaled USD83.9 billion in October while America’s surplus in services trade, which includes airline and other travel payments, totaled USD16.8 billion.