CARE rates the power distribution company (discom) in Uttar Pradesh the worst in the country. 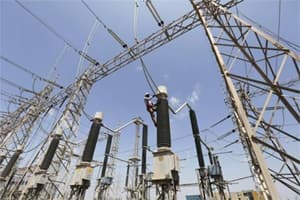 Consumers in states like Uttar Pradesh and Tamil Nadu are likely to either see large tariff hikes over the next few years or more power cuts as the electricity sector gets more precarious. For the country as a whole, as a just-concluded study by ratings firm CARE points out, things could get worse once electricity demand picks up along with economic growth.

Though the headline numbers show power losses falling from R93,900 crore in FY12 to R71,270 crore in FY14, this does not include large regulatory assets, or dues to power sector companies that the regulator hopes to pay over the next few years by hiking consumer tariffs.

Madhya Pradesh, the new rising star, finds its discom scoring 5.59 thanks to its biggest reform — like that of Maharashtra and Gujarat — of separating feeders for rural domestic and agricultural customers. As a result, the aggregate technical and commercial (ATC) losses in MP fell from about 50% in FY09 to about 25% in FY13. It helps that the power procurement costs in the state are among the lowest in the country.

In contrast, despite more than a decade of reform, the progress in UP is limited, with ATC losses at over 40%, well above the all-India average of 26%. A 40% ATC loss means customers need to be charged 67% more than the cost of purchase, which in UP is already among the highest in the country at around R6 per unit of electricity.

What makes this worse is the high level of cross-subsidy — essentially the extra amount charged to industrial and commercial consumers as a proportion of that charged to agricultural users.

With this at around 64% for the state (it is as high as 83.5% for UP Power Corporation subsidiary Pashicmanchal Vidyut Vitran Nigam), this means tariffs for lower-paying customers have to be increased brutally, making it politically unviable. The acceptable cross-subsidy level, according to CARE, is 20%. What makes this worse is that in UP, it takes discoms close to a year to recover their dues. Also, as CARE points out, the ATC losses could also be an underestimate due to the high number of unmetered customers. This has gone up from 4.4 million in FY09 to 5.4 million in FY13. In Gujarat, to put this in perspective, the number came down from 6.3 lakh to 4.9 lakh in the same period.

For Tamil Nadu, the second-worst state according to CARE, the level of cross subsidy is 77.1%. Despite the Rs 20,000 crore of unpaid dues to discoms, as CARE points out, TANGEDCO did not even ask the state regulatory commission for a tariff hike in FY15, and the commission had to do a suo motu hike. In the last three years, the state’s ATC losses have actually gone up.