After UP polls success, monsoon cheer for PM Modi government

IMD’s projection of a ‘normal’ monsoon this year also, will help RBI and government in managing inflation and boosting growth prospects at a time when the investment scenario is failing to improve. 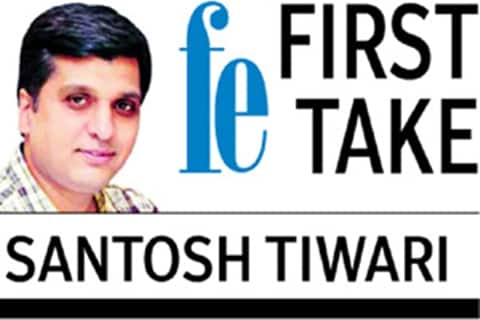 IMD’s projection of a ‘normal’ monsoon this year also, will help RBI and government in managing inflation and boosting growth prospects at a time when the investment scenario is failing to improve.

Even though it is dicey to consider any prediction about monsoon at this juncture as final, there is no doubt the India Meteorological Department (IMD) forecast that India will see a ‘normal’ monsoon this year, will certainly bring a sense of relief for the agriculture sector, especially due to absence of any sign of a major boost in other areas of the economy.

The country is expected to witness good distribution of rainfall across the country with the projection of “96 per cent of Long Period Average (LPA)” – rainfall between 96 and 104 per cent is considered as ‘normal’— and this will also help Reserve Bank of India (RBI) manage inflation within the stipulated range.

The apex bank pointed out that the main upside risk around the inflation was ‘the uncertainty surrounding the outcome of the south west monsoon in view of the rising probability of an El Niño event around July-August, and its implications for food inflation’.

While pressure from the monsoon side on the economy would require proactive food management, the good monsoon prospect in the upcoming season along with the record food grains production in the current crop year is certainly good news on the inflation front.

Although it is early to rejoice as a clearer picture would only emerge by the end of June, expectation of another bumper crop is already in the air.

With Gross Value Added (GVA) growth projected to move up to 7.4 per cent in 2017-18 from 6.7 per cent in 2016-17, and factors like remonetisation, pick-up in activity in the cash-intensive segments and implementation of the Goods and Services Tax (GST) likely to improve the growth scenario, a normal monsoon will push Prime Minister Narendra Modi led government’s efforts in boosting the investment scenario.

After rocking results in the Uttar Pradesh assembly polls, good monsoon could be the next big cheer for the NDA government if the IMD projections come out correct finally.

Next Story
Don’t depend on aid that makes you dependent: India to Nepal