Unions firm on strike as Coal India gets new CMD

Coal India (CIL) got a new CMD in Sutirtha Bhattacharya on Monday, but that didn’t waver the resolve of major trade unions… 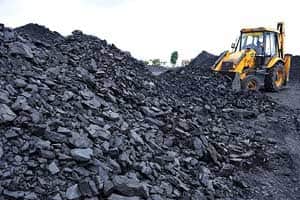 Coal India (CIL) got a new CMD in Sutirtha Bhattacharya on Monday, but that didn’t waver the resolve of major trade unions, including BJP-backed BMS, to go on a nationwide five-day strike from Tuesday.

The stir is expected to hit the power sector hard and result in a daily loss of up to Rs 150 crore.

Although Bhattacharya was not available for comments, CIL’s spokesperson said he was holding meetings with union representatives to try to avert the stir.

Coal India’s full-time chairman and managing director post had been lying vacant for over six months, amid the miner facing pressure to ramp up production.

Jibon Roy of CITU said there was no way the strike could be averted. “We can’t sit for a meeting with the coal minister now.”

“The government didn’t show any interest in coming to a meeting point earlier,” he said, adding that the the protest action would be unprecedented to oppose the coal block allocation ordinance and move to privatise the sector.

Roy said government’s move to re-promulgate the ordinance after the Coal Mines (Special Provisions) Bill not getting passed in the Rajya Sabha reflected the government’s “arrogance”.

“A consensus has emerged among the unions after the government showed arrogance over re-issuing the ordinance without consultations with the trade unions,” Roy said. CIL, which accounts for over 80 per cent of domestic production, has a workforce of over three lakh.