The Union Cabinet on Wednesday approved a proposal to allow telecommunications companies to trade spectrum within themselves. 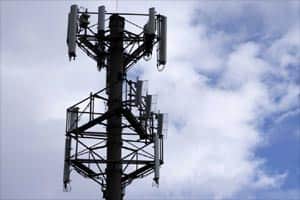 "It is clear there is no scientific data available to show that installation of mobile phone towers and the emission of the waves by the said towers is in any way harmful for the health or hazardous to the health of citizens." (Reuters)

The Union Cabinet on Wednesday approved a proposal to allow telecommunications companies to trade spectrum within themselves.

The decision is aimed to boost availability of frequencies to cellular companies to improve connectivity and address the issue of call drops that has even had the Prime Minister concerned. The government has blamed the lack of investments in network expansions by companies, while firms are crying foul over lack of spectrum for call drops.

The Telecommunications Regulatory Authority of India, has however, acknowledged the lack of spectrum as among the reasons. Separately, R.S. Sharma, the telecom regulator is scheduled to meet chief executives of mobile phone companies later Wednesday to discuss the issue of call drops.