Consumers to pay more for products & services for govt to spend on infra, social programmes 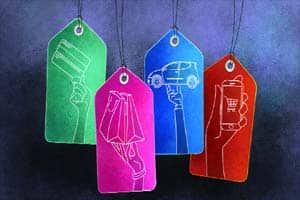 The finance ministry has clarified that service tax is not applicable on sale of flats and dwellings after occupancy certificate has been issued but before completion certificate is given in areas under the Brihanmumbai Municipal Corporation (BMC). “It has been conveyed to the service

Increased cost of consumer spending might be the price that the government is willing to pay in order to create headroom for the substantial social and infrastructure spending announced by finance minister Arun Jaitley in his Budget speech on Saturday.

While the government’s total estimated expenditure in fiscal 2015-16 is expected to go up by 5.7% to R17.77 lakh crore, it will have lesser financial resources at its disposal after devolving a greater share of the tax revenues it earns to the various state governments of the country.

Jaitley said during his Budget speech that around 62% of the total tax receipts of the country, estimated at R14.49 lakh crore in fiscal 2016, will go to the states.

As a result, not only did Jaitley have to raise taxes on a slew of products and services, he also refrained from increasing the tax exemption limit for salaried individuals, which would have meant compromising on tax revenues.

The general interest rate of central excise duty was hiked to 12.5% from 12.3% earlier. The rate of service tax has also been revised to 14% (with education cess subsumed in the new rate) from 12% plus education cess. Jaitley also announced an enabling provision to levy a 2% Swachh Bharat cess on all or certain taxable services, aimed at garnering funds for the government’s campaign to promote cleanliness and hygiene.

The sum effect of these measures means that most products will turn dearer, and so will eating out in a restaurant or making a phone call. Excise duty on products like cigarettes, tobacco and aerated beverages has been specifically hiked.

“We expected the finance minister to abolish service tax on our sector in this Budget. At present, India is one of the highest taxed countries when it comes to the hospitality sector,” said Vivek Nair, chairman and managing director of The Leela Group. “Apart from service tax, guests have to pay VAT and luxury tax. Foreign tour operators already complain to us that the hospitality taxes are the highest in India, and the increase in service tax will just adversely affect the sector.”

Also, the additional duty levied on petrol and diesel has been hiked from R2 per litre to R8, which could have an implication on demand
in sectors like passenger cars, as well as lead to an increase in freight rates.

The government has also reduced customs duty on certain raw materials, such as those needed to manufacture LED television panels and computer screens, which should bring down the prices of these consumer durables. It has also halved the excise on leather footwear with a price tag of R1,000 and above to 6%.

“The concession on direct taxes has been bare minimum, while indirect taxes have been increased across the board. This will definitely have an impact on consumer spending and will create pressure on the margins of businesses,” says Rakesh Biyani, chief executive of Future Group, adding, “The state governments are yet to announce their budgets and they might increase VAT (value added tax) rates to offset the loss in earnings from tax on crude-linked products (since crude prices have fallen).”