Union Budget 2015-16 should address the technology need of the hour: NetApp 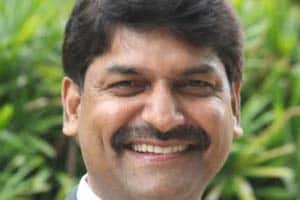 The Government of India has charted out quite an ambitious list of plans including the creation of a digitally enabled India, smarter cities and ‘Make in India’. To transform the lives of people by making them digital, the Union Budget 2015-16 should address the technology need of the hour. I’m sure that the budget will focus on providing investments in areas such as India’s technology infrastructure. A substantial amount needs to be earmarked to develop a robust network infrastructure across the country, which will be the foundation on which India’s digital economy will be built.

We also expect reduction in taxation for IT players, who will be key in realizing this network infrastructure. The government is taking up the ‘Make in India’ initiative in a big way. While this is a great initiative, the budget needs to address the issues of simplifying the tax regulations, improve ease of doing business and accelerate the speed of big ticket reforms on the anvil.