Union Budget: Overseas sale of assets may not be taxed in India anymore

Corporates have been seeking a clarification on Shome panel report and with focus of the government on wooing investors, some relief may be expected in the Budget 2015-16. 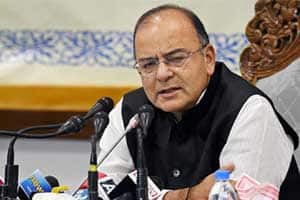 The finance ministry is considering the Parthasarathi Shome committee’s suggestions on indirect transfer of Indian assets whereby the overseas sale of such assets may not be taxed in the country.

The ministry is mulling a clarification of the word ‘substantially’ used in section 9 of the Income Tax Act, 1961, to ensure that capital gains arising out of indirect transfers should be taxed only if a certain percentage of the total assets derives its value from assets within India.

“Corporates have been seeking a clarification on the Shome panel report. The exercise has been on for some time now and given the focus of the government to woo investors, some relief may be expected in the Budget 2015-16,” sources told The Indian Express.

The Shome committee had recommended defining the word ‘substantially’ wherein capital gains arising from overseas deals should be taxable in India only if 50 per cent of the total value of the global assets of the foreign company derives its value from assets within India.

According to the Section 9 of the I-T Act, an asset of a company registered outside India shall be deemed to be and shall always be deemed to have been situated in India, if the share or interest derives, directly or indirectly, its value substantially from the assets located in India.

Following the outcry on retrospective amendments in Budget 2012-13, the Shome panel was set up to review the amendments on indirect transfer to allay the fears of both foreign and domestic investors.

To attract investors, finance minister Arun Jaitley, in his Budget 2014-15, had said that all fresh cases arising out of the retrospective amendments of 2012 in respect to indirect transfer, will be scrutinised by a high-level committee to be constituted by the Central Board of Direct Taxes (CBDT) before any action is initiated in such cases.