Even as the global markets feel the jolt of US President Donald Trump’s tariff hike on steel and aluminium which may spark of off a trade war, Commerce Secretary in the United States, Wilbur Ross says that the government is not considering any exemptions. 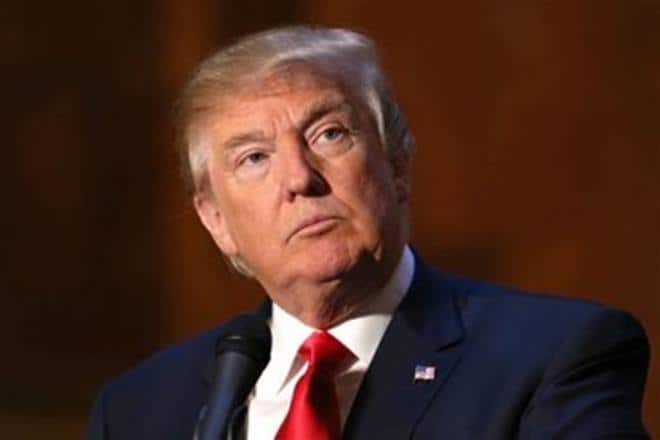 Even as the global markets feel the jolt of US President Donald Trump’s tariff hike on steel and aluminium which may spark of off a trade war, Commerce Secretary in the United States, Wilbur Ross says that the government is not considering any exemptions. Reacting on the news, Japan’s Nikkei dropped to a level last seen in mid-October, as the index fell for a fourth day on fears of a global trade war which may hurt steelmakers, automakers and shipping companies. On Thursday, Donald Trump said that duties of 25 percent on imported steel and 10 percent on aluminum will apply to protect domestic producers, which drew strong criticism from its trading partners. We take a closer look at the potential trade war, and what Trump seeks to achieve from the proposed hike.

Donald Trump tweeted on Saturday that the United States has a $800 billion trade deficit owing to the country’s “very stupid” trade deals and policies. “Our jobs and wealth are being given to other countries that have taken advantage of us for years. They laugh at what fools our leaders have been. No more!,” Trump’s tweet read. The US president has also threatened to impose a tax on cars manufactured in EU, saying “trade wars are good.”

According to Martin Wansleben, managing director of Germany’s DIHK Chambers of Industry and Commerce, the increase in tariffs would ultimately lead to higher prices for consumers in the US and trigger due to a global trade war, Reuters said. Further, the new tariffs on steel and aluminium may undermine US relations with its allies, Bloomberg reported Defense Secretary James Mattis as saying. Notably, Zhang Yesui, from China’s National People’s Congress announced that it will not sit idle if its economy get hurt. Canada’s Prime Minister Justin Trudeau said he was “confident of defending the Canadian industry.” EU trade chiefs are considering slapping 25% tariffs on around $3.5b billion of imports from the US – targeting iconic US exports including Levi’s jeans, Harley-Davidson motorbikes and Bourbon whisky.

US says retaliation will not hurt

Notably, US President Donald Trump says that the retaililation from EU will not hurt them, and said that trade wars are good, and ‘easy to win.’ Reacting to EU’s threat of retaliation, Trump said that tf the EU wants to further increase their ‘already massive tariffs and barriers’ on US companies doing business there, United States will apply a tax on their cars, which freely pour into the US. “They make it impossible for our cars and more to sell there. Big trade imbalance,” Trump tweeted.