These states are happiest with India pulling out of RCEP; industry leaders have this to say

The industry leaders from Kerala, Goa, and many other states have also come up with a token of appreciation on the govt’s move on RCEP. 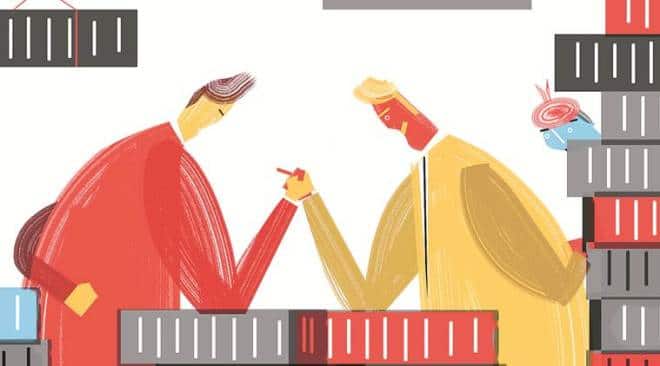 After the Narendra Modi-led government refused to join the Regional Comprehensive Economic Partnership (RCEP), businesses in India have got a reason to cheer. The Confederation of Indian Industry (CII) has said that India’s move on RCEP would help to protect the interests of many different sections of the economy, especially industry and agriculture. The industry leaders from Kerala, Goa, and many other states have also come up with a token of appreciation on the govt’s move on RCEP. CII has mentioned at this point, it was necessary for India to remain out of the RCEP bloc as India’s trade efforts would be infructuous in the region. India’s move is also expected to help in accelerating the creation of employment, innovation and capacity building for the domestic industry.

However, India is not against RCEP and has refused to join only because RCEP does not fully take into account the concerns raised by India. “I am hopeful that other RCEP member countries will factor in India’s concerns and make it a part of the grouping in the future after all of India’s issues and concerns are suitably addressed,” Lalit Saraswat, Chairman, CII Goa State Council.

The unsustainable trade deficit with China, market access in services, auto-trigger safeguard mechanism to address import surge, etc are still the major issues for India. The CII has further said that considering the fact that, out of India’s total trade deficit on goods and services of USD 104 billion, more than 80 per cent stems from RCEP countries and more than half of it is from China, the government has rightly decided to stay out of RCEP.

Kerala, which is a largely consumerist state, will have an impact in view of high cost in agri&industrial sector. Indian Govt’s decision not to sign #RCEP agreement is a welcome move. ~ Paul Thomas, Chair, CII Kerala #CII4SR @PMOIndia @PiyushGoyal @DoC_GoI @PIB_India @PTI_News

Not only large cos but MSMEs which contribute over 29 per cent of GDP and almost half of the overall exports would be significantly impacted if India joined RCEP. However, D Raju, Chairman, CII Telangana said that RCEP is still a work in progress and not the final outcome and with the global trade dynamics changing so fast, India will play a major role in the future. Indian services sectors would certainly get a boost with a more favourable RCEP deal, he added.

India’s decision to stay out of the RCEP deal is believed to be good for a range of diverse stakeholders of the Indian Industry. Moreover, domestic companies are expected to get a boost from this step. “RCEP would have been a bigger blunder than signing the World Trade Agreement and would have run completely contrary to Narendra Modi’s vision of Make in India as well as making India a $10 trillion economy by 2030,” says Sameer Kochhar, Chairman, Skoch Group.

RCEP is a proposed free trade agreement between the ten member states of the Association of Southeast Asian Nations (ASEAN) and its five FTA partners, which are China, Japan, South Korea, Australia, and New Zealand.