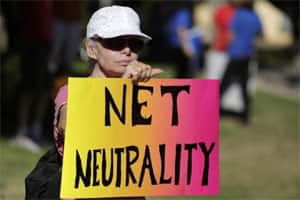 “We, Nasscom, oppose any model where telecom service providers have a say in choosing the content or services,” said Rentala Chandrashekhar president of Nasscom. “Differential pricing for data services either directly or indirectly through platforms, or selected by telecom companies in partnership with platforms violate the criteria of net neutrality.”

Nasscom’s views come in the wake of the country’s telecommunications regulator mulling new rules for differential pricing of data services by mobile phone companies. The Telecom Regulatory Authority of India has sought views from stakeholders on the issue, and has set January 7 as deadline for submission of views. The regulator will then put up the initial views on its website for public comments and counter views until January 14, after which it will firm up its views on new rules by end of the month.

Sharing Nasscom’s submission to TRAI, Chandrashekhar said, the software body has suggested that end consumers should have a final choice on the content and neither the telecom companies and their partners. If telecom companies and platforms control content through differential pricing, then it would violate net neutrality and also throttle innovation and services by smaller companies who cannot afford to onboard such platforms due to their lack of money, Chandrashekhar explained.

“Net neutrality is a non negotiable national priority,” Chandrashekhar said. “There is a need to preserve a conducive environment for innovation.”

Nasscom, however, is not per se against the concept of differential pricing for data, given that India lags behind in internet penetration and there is a need to subsidise internet services to make it more popular.

Nasscom is in favor of differential pricing plans for data services which are deemed to be in public interest, and telecom companies and their partners should get “explicit directives/ approval” from the regulator before launching them. “The onus of proving the larger public good arising out of such proposals should be on the TSP (telecom service provider) and its partners,” Nasscom said in a statement.

Any such plans should be open for a wider public consultation by the regulator before a final decision is taken, it said. “With lack of stringent privacy laws in India and the high commercial value attached to user information, it is important that differential pricing plans are vetted carefully by the regulator,” Nasscom said.

Though the telecom regulator observes a “forbearance” policy when it comes to fixing tariffs, Nasscom is of the view that the regulator should vet any such differential pricing plans, before launch, and have a oversight mechanism. “For this, NASSCOM recommends establishment of an independent not-for-profit entity with an independent board, who would own and manage proposed differential pricing programs that are deemed to be in the public interest and are philanthropic in nature,” Nasscom added.