Many real estate projects across the country were stalled due to fund crunch. To address this issue, the government, in November 2019, announced a Rs 25,000 crore-SWAMIH fund to help complete over 1,500 stalled housing projects comprising 4.58 lakh housing units. 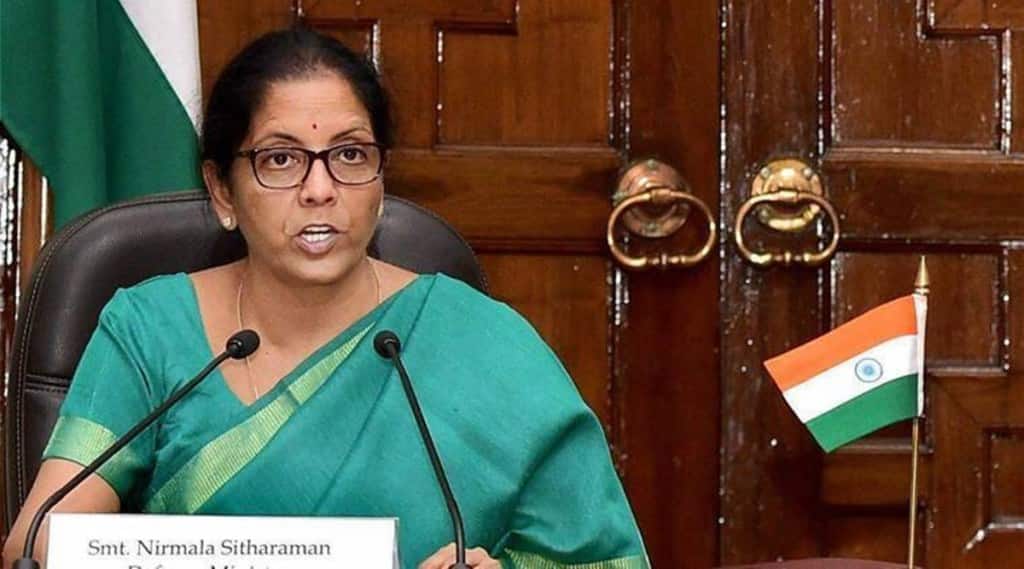 "All this is happening in the pandemic. What more happiness can be given to families which have been waiting for years to get their homes during this time of lockdown," Finance Minister Nirmala Sitharaman said.

Many real estate projects across the country were stalled due to fund crunch. To address this issue, the government, in November 2019, announced a Rs 25,000 crore-SWAMIH fund to help complete over 1,500 stalled housing projects comprising 4.58 lakh housing units.
Recalling that 2019 was a very testing time for the real estate sector, the minister said the industry was cash-strapped and banks, because of the very inherent stress, would not lend money to them.

So, Sitharaman said many of the projects that were near completion or two-thirds completed were stalled because of last mile funding, she said.

Departments of the government and SBICap despite COVID-19 worked relentlessly in getting the stalled projects completed and handing over possession to home loan borrowers, she said at a virtual event to mark handing over of keys to more than 600 home buyers of Rivali Park of Mumbai.

This is the first stalled project completed with funding by SWAMIH Fund, which is managed by SBICap Ventures Ltd. The Department of Economic Affairs under the Ministry of Finance administers the scheme.

“SWAMIH Fund I, under which 640 people are getting homes today, will benefit 1.16 lakh Indian families. All of them will get houses which got stuck because of so many different reasons and hinderances.

“All this is happening in the pandemic. What more happiness can be given to families which have been waiting for years to get their homes during this time of lockdown,” she said.

The finance minister said the Government of India had stepped in to provide funding to the stressed affordable and mid-income housing projects, thereby giving relief to the home buyers who had invested their hard-earned savings.

The government believes that once these homes are constructed and completed, a large amount of capital locked up in these projects will be released, she said.

Besides, she said, it will provide employment to construction workers as well as impetus to the allied industries such as steel and cement. Further, it will improve portfolios of banks and NBFCs, and significantly improve the economic sentiment in the nation, she added.

According to him, the real estate industry is the second-largest employment generation sector in India providing jobs to 5 crore people.
Even the government has given importance to the sector in its ‘Aatmanirbhar Bharat’ campaign, he said.

The Ministry of Housing and Urban Affairs, he said, has taken several steps in the last couple of years so that the real estate sector not only survives the cycles but thrives.

SBI Chairman Dinesh Kumar Khara said SWAMIH Fund is being managed tirelessly to meet the huge expectations that have been laid out before the bank and partners.

The Union government committed Rs 10,000 crore into this stress fund while the remaining would come from institutional investors like state insurer LIC, the country’s largest lender SBI and private investors.

The fund achieved its first closing with 14 investors and a capital commitment of Rs 10,037 crore on December 6, 2019.

“SWAMIH Investment Fund I” is the name of this special window and it is in the form of an alternative investment fund.

Khara reassured that SBI Group is fully committed and in line with the government’s vision to revive the real estate sector and provide relief to home buyers.

In the last 15 months, SBI made significant progress to increase the scale of operations to a level that is generally achieved in three to four years by other private equity funds, he added.

Interacting with media, SBICAP Ventures’ Managing Director & Chief Executive Officer Suresh Kozhikote said that under the fund there is a pipeline which consists of 100 projects that are being scrutinised at various levels.

The fund’s Chief Investment Officer Irfan Kazi said over the next one year, phases in about 26 projects are expected to be completed and around 12,600 homes will be delivered.