Swachh Bharat cess to be levied on portion of taxable service

Finance Ministry today said that service tax on restaurant bills will go up from 5.6 per cent to 5.8 per cent following the levy of 0.5 per cent Swachh Bharat cess on all taxable services from November 15. 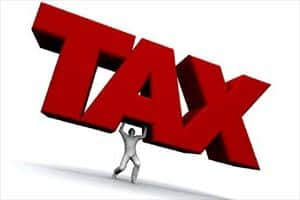 Finance Ministry today said that service tax on restaurant bills will go up from 5.6 per cent to 5.8 per cent following the levy of 0.5 per cent Swachh Bharat cess on all taxable services from November 15.

The Ministry, however, clarified that the Swachh Bharat cess will not apply on those services for which payments have been received prior to November 15 and invoices raised before November 29.

It would mean that the Railway and flight tickets booked before November 15 will not attract the additional levy.

The Swachh Bharat cess, the statement said, will be levied only on the portion of taxable services (after abatement) and will go towards funding of the cleanliness drive, a pet project of Prime Minister Narendra Modi.

“Swachh Bharat Cess will come into effect from November 15, 2015, at the rate of 0.5 per cent on all services, which are presently liable to Service Tax. This will translate into a tax of 50 paisa only on every one hundred rupees worth of taxable services. The proceeds from this cess will be used for financing and promoting Swachh Bharat initiatives,” the Ministry said in a statement.

The Ministry clarified that all provisions including those related to computation of taxable value, assessment, exemption, payment, penalty applicable to service tax would apply to Swachh Bharat Cess.

“In case payment has been received before the service became taxable and invoice is raised within 14 days, i.e. upto November 29, 2015, even then the service tax liability does not arise,” it added.

Explaining the provisions, it said, the cess would be calculated on the abated value or value arrived as per the Service Tax (Determination of Value) Rules, 2006.

Revenue Secretary Hasmukh Adhia said the cess will be counted on abetted/compounded amount in cases where rate is not 14 per cent. Cenvat credit is not available on Swachh Bharat cess, he added.