Supreme Court poser to RBI: Why not reveal names of large loan defaulters

The Supreme Court on Monday asked RBI as to why the names of 57 large borrowers, who have defaulted on bank loans worth a whopping Rs 85,000 crore should not be made public. 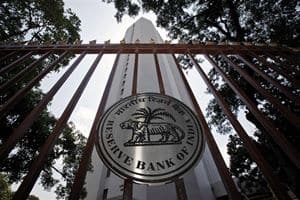 Solicitor general Ranjit Kumar said the panel which comprises the RBI executive director and other brass of public sector banks is likely to submit its report by October-end. (Reuters)

The Supreme Court on Monday asked RBI as to why the names of 57 large borrowers, who have defaulted on bank loans worth a whopping Rs 85,000 crore should not be made public.

A bench headed by Chief Justice TS Thakur, after perusing a report submitted by RBI in a sealed cover, said individually, these borrowers had taken loans of Rs 500 crore or above.

Observing that if people file an RTI query, “there should be no confidentiality. Let us know how many people owe how much money to these public sector banks. Why should you withhold the information? How does it affect you? It should concern the borrowers and the banks. How does RBI has any problem?” the CJI asked RBI while posting the matter for further hearing on the issue on Friday.

The government told the apex court that a five-member high-level committee was constituted by it pursuant to the April orders asking the finance ministry to inform about the mechanism in place and the steps being taken to recover huge non-performing assets (NPAs) of the nationalised banks.

Solicitor general Ranjit Kumar said the panel which comprises the RBI executive director and other brass of public sector banks is likely to submit its report by October-end. The panel is looking into the 11 issues formulated by the petitioner. The issues include: whether RBI can refuse to disclose information about defaulted loans, suits filed for recovery of loans, restructured loans, debts written off, willful defaulters, one-time-settlement, sales of assets of companies to Asset Reconstruction Companies etc, what mechanisms are required to ensure that banks obtain adequate security for the loans that they give to the companies/corporates and whether the personal guarantees of the promoters should be required to be taken in loans given to the corporates.

The apex court had earlier expressed concern over the growing amount of loans not being returned and said “people are taking thousands of crores and running away by declaring their companies insolvent, but poor farmers who take small amounts of Rs 20,000 or Rs 15,000 suffer”. The bench had expressed surprise that no concrete steps had been taken for recovery of loans from the defaulters.

Advocate Prashant Bhushan, appearing for NGO Centre for Public Interest Litigation (CPIL), favoured disclosure of the outstanding loan amount and cited an apex court verdict of December 2015 to claim that RBI has to provide all information. Bhushan cited the RBI data that showed Punjab National Bank writing off over Rs 8,500 crore in the last two years, while PNB has denied writing off any loan during this period. Similarly, while the Bank of India claimed the bank wrote off more than Rs 17,700-crore loans in the last two years, RBI figure stood at Rs 2,567 crore.

While hearing the PIL by CPIL, the SC had in March taken suo motu cognizance of a newspaper report that Rs 1.14 lakh crore of bad loans had been written off by state-owned banks between 2013 and 2015.

The petition which was filed in 2003 by the NGO had originally raised the issue of loans advanced to some companies by state-owned Housing and Urban Development Corporation (Hudco). The plea had said about Rs 40,000 crore of corporate debt was written off in 2015.