A nine-judge Constitution bench of the Supreme Court will examine the validity of levy of entry tax on goods by various state governments from July 18. 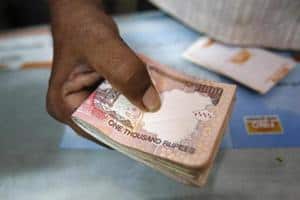 Payment in cash for buying goods and services worth more than Rs 2 lakh with the exception of jewellery will attract 1 per cent tax collected at source (TCS) from June 1.

A nine-judge Constitution bench of the Supreme Court will examine the validity of levy of entry tax on goods by various state governments from July 18.

A three-judge bench headed by Chief Justice T S Thakur has taken note of the entry tax provisions of various states as some companies have challenged them on the ground that they are against the concept of free trade and commerce under Article 301 (Freedom of trade commerce and intercourse) of the Constitution.

The nine-judge constitution bench will look into the issue of imposition of entry tax on goods coming into jurisdiction of the respective states and involving financial implications to the tune of `30,000 crore.

A five-judge constitution bench of the Supreme Court in 2010 had ruled that the validity of entry taxes levied by states would have to be decided by a larger bench of nine judges due to conflicting judgments by various high courts, even as the Union government has said it wants a goods and services tax to be imposed across the country to rationalise state levies such as entry tax.

As per the reference order of 2010, the 12 aspects that require consideration by a larger bench include the question of balancing of freedom of trade and commerce in Article 301 vis-à-vis the States’ authority to levy taxes, etc.

More than 2,000 appeals from various states are pending before the Supreme Court. While some high courts have held the entry tax to be unconstitutional, others have upheld it, leading to appeals and cross appeals by the states and big companies to the apex court.