It is heartening to note that Indian economy is moving at the highest rate in the recent period and would continue to do so in the near future if the projections by IMF, World Bank, ADB and other reputed consultants are to be believed. 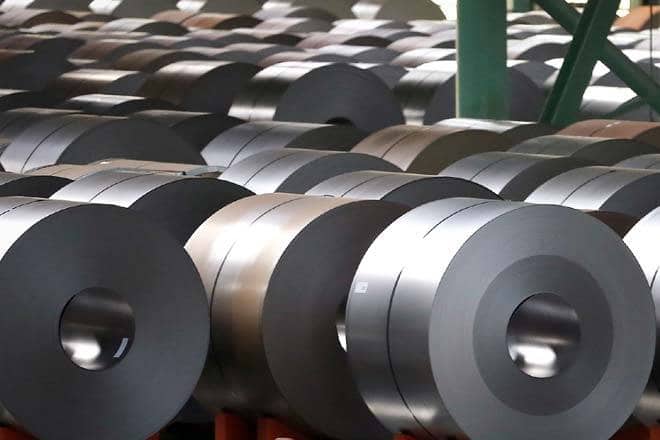 The tardy growth in industrial production is another area of concern. (Reuters)

It is heartening to note that Indian economy is moving at the highest rate in the recent period and would continue to do so in the near future if the projections by IMF, World Bank, ADB and other reputed consultants are to be believed. In the current year, Indian GDP is projected to grow at 7.1%, closely followed by China (6.7%), South East Asian countries (3.5-6.5%) and advanced countries (1.0-3.7%). There is an overall appreciation of economic reforms underway in several states of the country that are making significant contributions to improve the country’s ranking in doing business, competitiveness and similar other economic indicators.

The tax reforms in the form of GST from the beginning of the current month has been hailed by all as one of the major steps in aligning with global fiscal standards. The headline inflation rate is coming down and comparable to economically strong countries. The WPI rate and the consumer price index for the month of June’17 at 0.90% and at 1.54% respectively are in sync with the long term inflation target set by RBI. The current Account balance (export minus import) at (-) 1.2% of GDP is well within the risk range.

The interest rate in the country measured by 10-year government bonds at 6.6% is however still high. Apart from some of the weak economies like Brazil, Argentina, Russia and Venezuela, Indian interest rates are considered by the industry as not attractive for fresh investment. That the high interest rate has an adverse impact on investment and household consumption is proved by the declining trend of gross fixed capital formation that had consistently come down from 32.3% of GDP in Fy13 to 29.5% in Fy17 and a slower growth of private consumption (8.7%) in Fy17 as compared to 20.8% growth in government consumption. It is widely expected that RBI would bring the Repo rate down in August’17 to match industry expectation and further encourage private consumption growth.

There are some reports on increasing unemployment in the country. At 5.0% the rate of unemployment in India is higher than the advanced countries and China, but much lower than in many other countries like Canada, France, Italy, Sweden and South East Asian countries.

The tardy growth in industrial production is another area of concern. IIP growth with the new base of 2011-12 has dropped down from 3.1% in April’17 to   1.7% in May’17. The manufacturing sector has clocked 1.8% growth in the first two months of the current fiscal with 2.5% growth in Infrastructure and Construction, (-) 3.4% growth in capital goods and (-) 5.0% growth in consumer durable segments. The slow pace in industrial production has restricted the steel consumption rate in Q1 of Fy18. The consumption growth of non-alloy steel during the period at 5.8% is reasonably well as compared to consumption of alloy and stainless steel that has declined by 7.0% primarily due to lower pace of consumer durable (utensil grade) segment. It is to be noted that manufacturing of motor  vehicles (commercial vehicles and others), trailers etc has gone down by more than 14% in Q1 of this year.

Steel intensity in GDP in India has consistently declined in the last few years and has reached the peak at 0.73 in 2015-16. Taking the last 5 years the average steel intensity is at a low level of 0.5. It is acknowledged that a minimum number of 10 observations are required to arrive at a statistically sound elasticity estimate. As a longer series prior to 2011-12 based on new series 2011-12=100 (revised IIP and WPI) is not made available by CSO, we may base our demand projections on the assumption of a better steel-GDP relationship.

The supposedly weak relationship between consumption of steel and GDP in the country can be mostly reversed by enhancing steel intensity in investment in infrastructure and construction, automobile and engineering industries. It would be the surest way to increase share of industry or the secondary sector in GDP from the current 30-31% to a minimum of 36%. The current thrusts of the government in pushing investment in urban and rural infrastructure building, affordable housing, defence procurement, rail and road connectivity would all contribute to promoting steel-GDP relationship on a longer time perspective.