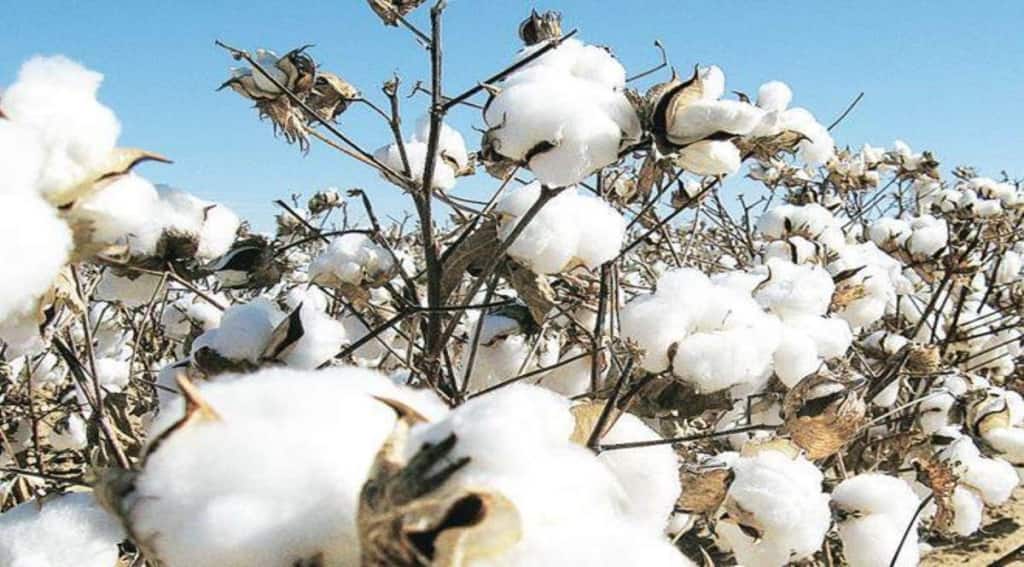 A sharp jump in domestic cotton prices since February, caused partly by a drop in output, has hit the country’s textiles-and-clothing value chain, rendering hundreds of thousands jobless.

Yarn manufacturers and garment units face the grim prospect of losing their shares in export markets, where they made rapid strides in FY22. Industry officials say that scores of export orders have either been cancelled by western buyers or been diverted to India’s competitors like Bangladesh, Vietnam, China and Pakistan in recent months after the steady spurt in cotton prices forced domestic players to try and renegotiate deals.

Thousands of power looms, texturisers, hosiery units and dyestuff manufacturers across the country are being forced to suspend or cut their operations, while spinning mills and large garment clusters, too, have frozen production as output prices in local and export markets are barely in sync with the inflated cost of cotton.

In a meeting with commerce and textile minister Piyush Goyal on April 4, a delegation of top executives representing the textiles and garment sector sought abolition of the 11% import duty on cotton to tide over the acute raw material shortage.

Saurin Parikh, president of Spinners’ Association – Gujarat (SAG), said: “The rate of increase in cotton yarn prices in key global markets – from Rs 280 per kg in early February to Rs 370 per kg now – has been less steep than the rise in domestic cotton prices. In such circumstances, cotton yarn makers in Gujarat are finding it difficult to continue production activity.”

He added that if spinners increase the prices of cotton yarn further, weavers won’t lift the stocks, as their margins have shrunk too. Gujarat’s 130 spinning units with an aggregate spindle capacity of 5 million need 7.5 million bales of 170 kg of cotton annually to sustain their operations.

Ashok Swami, chairman, Maharashtra State Cooperative Textile Federation, said although the Centre had fixed the minimum support price (MSP) of much-in-demand long-staple cotton at Rs 6,025 per quintal for the 2021-22 season, the procurement agencies – Cotton Corporation of India and Maharashtra State Cooperative Cotton Federation – haven’t had to purchase cotton from farmers as market rates remained much higher than the MSP. Various cotton varieties are being sold at prices ranging between Rs 8,000/quintal and Rs 13,500/quintal at most mandis in the state, he said. A fall in cotton production in the last season coupled with a jump in consumption of the natural fibre by textile units that had secured export orders, led to a shortage of cotton in the country, Swami said. He said most power looms in the country prefer to stay shut now because their cost of production has gone up given the scarcity of good-quality cotton in the market.

Cotton imports in India are effectively taxed at 11% (including cess and surcharges), while Vietnam and Bangladesh allow their industries to buy the fibre from abroad at zero duty. This offers India’s competitors a substantial advantage in raw material costs, in addition to their duty-free access to critical markets like the US and the EU, a privilege that New Delhi doesn’t enjoy.

Indicating that western buyers are scouting for alternative sources due to high costs here, the industry executives pointed out to the commerce minister that India’s share in bed-linen exports to the US has dropped from an average of 55% in 2021 to 44.85% in January 2022. In contrast, Pakistan’s share rose to 25.71% from 20% and China’s jumped to 19.37% from 12% during this period.

They stressed that allowing cotton imports at zero duty is unlikely to hurt Indian cotton farmers, as they have already sold this season’s produce to traders, who, in turn, are allegedly holding on to stocks to profit from an artificial shortage in the market. In any case, such imports are unlikely to cross 4 million bales of 170 kg each.

The Southern India Mills’ Association (SIMA) said that though the textile industry in the south could manage the unprecedented Covid pandemic challenges thanks to various policy interventions taken by the government, including better-designed duty remission schemes namely RoDTEP and RoSCTL, the industry has now started incurring cash losses, and is facing difficulties in meeting the export commitments.

It is feared that the textile industry in Tamil Nadu might face cotton shortage during August-October resulting in industrial unrest. There is no reliable data available of cotton stocks maintained by the kapas traders, ginners and traders. “In the case of spinning mills, only around 40% of the mills provide data to the office of the textile commissioner. Therefore, the cotton traders are hoarding stocks and inflating the prices artificially and taking advantage of futures trading on commodity exchanges MCX and NCDEX,” a SIMA official said.

Dhamsania who represents the Gujarat spinning units added that they collectively reduced production of cotton yarn by at least 20% effective April 1. Apart from increased cotton prices, exporters of yarn are also facing issues of increase in freight charges as well as non-availability of shipping containers due to the ongoing Russia-Ukraine war, he said. Traditionally, almost half of the cotton yarn manufactured in Gujarat has gone to Bangladesh, Indonesia, China, Egypt and European countries.

Forget smaller spinning units, bigger players like Welspun Group are feeling the heat of increased cotton prices despite having captive spinning units at its Vapi (South Gujarat) and Kutch facilities. International buyers would give 15-20% price difference considering increased raw-material prices, but current inflated rates of cotton are unprecedented, says Chitan Thaker, president Welspun Group, claiming that in some cases, production costs have gone up to such an extent that export orders taken a couple of months ago or earlier could now be executed only at a loss.

“In the beginning of March this year, prices of cotton were Rs 76,000 per candy, but it is hovering around `92,000 per candy. However, cotton yarn prices have almost remained the same. Spinners are in a dilemma as to whether they should take fresh orders or not,” Thaker, who is also the chairman of Assocham-Gujarat, added.

Ravi Sam, chairman, SIMA, said that unless the 11% import duty on cotton is removed and cotton prices are stabilised, the highly labour-intensive ready-made garment clusters in Tamil Nadu would face a severe crisis. “Farmers have already sold their produce and therefore, they will not be loosing anything if the cotton prices are brought down. Only a handful of traders are gaining from the high cotton prices”, he said.

According to Maharashtra cooperative textile mills’ body, its office bearers would soon meet Union minister for home and co-operation Amit Shah to seek removal of the import duty on cotton. “Because of the import duty, it is not possible to import cotton from Australia, the US and Brazil,” said Swami. “Of around 150 cooperative spinning mills in the state, only 80 are currently functional,” he said.

The power looms in Maharashtra, numbering some 2.3 million across Bhiwandi, Malegaon and Solapur, have also been badly affected. Ichalkaranji is home to 0.12 million power looms that produce 20 million metres of fabrics on a daily basis while Maharashtra produces some 250 metres every day. Satish Koshti, president, Ichalkaranji District Powerloom Association, said that units in the town preferred to remain shut since they could not afford the high cotton prices. The state’s power loom sector employ over a million workers.

(With inputs from Banikinkar Pattanayak in New Delhi)