Lucknow topped the list of 13 smart cities announced by the Centre on Tuesday, taking the total number of such cities chosen so far for development to 33… 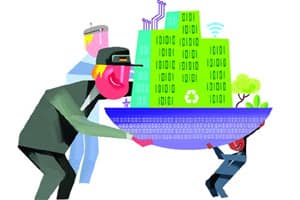 The deadline for commencing the execution of the smart city development plan—20 cities have been chosen under Smart Cities Challenge—falls on June 25.

Lucknow topped the list of 13 smart cities announced by the Centre on Tuesday, taking the total number of such cities chosen so far for development to 33, reports fe Bureau in New Delhi. The Centre has earmarked Rs 80,789 crore to help build 100 smart cities under the Smart City Mission, a pet initiative of Prime Minister Narendra Modi, by improving infrastructure already in place.

Other cities that made to the second list include Warangal, Dharamshala, Raipur, New Town, Kolkata, Bhagalpur, Panaji, Port Blair, Imphal, Ranchi, Agartala and Faridabad. The government had announced the first list of 20 such cities, topped by Bhubaneswar, in January.

Urban development minister Venkaiah Naidu said that the new list is part of the government’s new urban sector initiatives, which have a total investment potential of R18 lakh crore, of which the central government has already approved Rs 1,48, 093 crore.

The smart cities would have core infrastructure such as water supply, electricity supply, sanitation, public transport, solid waste management and affordable housing, apart from robust IT connectivity and digitisation, Naidu had said earlier. The minister had also tempered expectations about the idea of a smart city in the Indian context: “We are not aiming at making our urban landscape look fanciful and flashy. The prime objective is to enhance the quality of urban life by addressing deficiencies in core infrastructure. Expectations in various quarters may be high but the mission is very practical and realistic in its intentions and objectives.”

Jaijit Bhattacharya, partner for infrastructure and government services at KPMG in India, said the announcement reflects the government’s credibility in pushing forth the programme in a time-bound manner. “The initiative will significantly benefit the economy and the people and help build demand for the industry,” he added.

The Smart Cities Mission is an ambitious project of Modi’s as he hopes to spur the ailing infrastructure sector and create demand for products and services from steel to cement to technology solutions, boosting the overall economy.

The project is part of the government’s aim to create 100 smart cities is aimed at addressing multiple issues, including to improve the living standards of its burgeoning urban population by provision of quality public amenities, curb migration to urban areas by creating jobs in smaller towns, and to increase tax collections and boost government revenues.