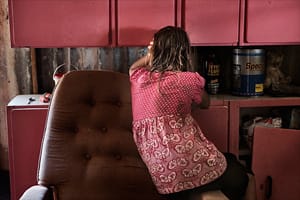 The number of victims of slavery in the UK is much higher than previous figures, the British government has said.

Modern slavery victims are said to include women forced into prostitution, “imprisoned” domestic staff and workers in fields, factories and fishing boats.

The figure for 2013 is the first time the government has made an official estimate of the scale of the problem.

The Home Office has launched a strategy to help tackle slavery. It said the victims included people trafficked from more than 100 countries – the most prevalent being Albania, Nigeria, Vietnam and Romania – as well as British-born adults and children.

Data from the National Crime Agency’s Human Trafficking Centre last year put the number of slavery victims in the UK at 2,744.

The assessment was collated from sources including police, the UK Border Force, charities and the Gangmasters Licensing Authority.

The Home Office said it used established statistical methodology and models from other public policy contexts to estimate a “dark figure” that may not have come to the NCA’s attention.

It said the “tentative conclusions” of its analysis are that the number of victims is higher than thought.

Outlining the strategy for government departments, its agencies and partners, Home Secretary Theresa May said legislation was “only part of the answer” adding that the scale of abuse was “shocking”.

The “grim reality” is that slavery still exists in towns, cities and countrysides across the world, including the UK, she said.

“The time has come for concerted, coordinated action. Working with a wide-range of partners, we must step up the fight against modern slavery in this country, and internationally, to put an end to the misery suffered by innocent people around the world,” May said.

Launching the government’s modern slavery strategy, she said, “The first step to eradicating the scourge of modern slavery is acknowledging and confronting its existence. The estimated scale of the problem in modern Britain is shocking and these new figures starkly reinforce the case for urgent action”.

The Modern Slavery Bill going through Parliament aims to provide courts in England and Wales with new powers to protect people who are trafficked into the countries and held against their will. Scotland and Northern Ireland are also planning similar measures.