India needs to focus on developing skills of youth so that the country’s growth is not hampered when the population aged 60 or above grows manifold by 2050, Minister of State for Power, Coal, New and Renewable Energy Piyush Goyal said on Wednesday. 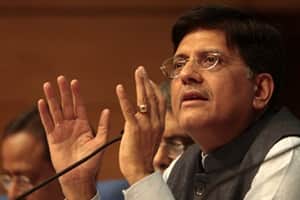 Removing the distinction between small project (up to 25 MW) and large hydro project can help India projecting that its installed renewable energy capacity would be 225 GW by 2022. (Source: IE)

India needs to focus on developing skills of youth so that the country’s growth is not hampered when the population aged 60 or above grows manifold by 2050, Minister of State for Power, Coal, New and Renewable Energy Piyush Goyal said on Wednesday.

At a book release function here, Goyal said that demographics can be a boon or a disaster for the country, “unless we channelize it in the right direction and strengthen the youth for tomorrow”.

The minister said the country may have to face a “burden of aging people by 2050 and to save India from such problems, we need to focus on skill development and entrepreneurship skills of today’s youth”.

According to a UN report, the number of Indians who have attained the age of 60 years or above would increase by 360 per cent by 2050.

Currently the country has more than 100 million elderly persons. By 2050, the number is expected to increase to 323 million — which would be 20 per cent of its total 1.65 billion projected population.

Goyal said the true empowerment of the country’s youth to drive India’s growth “can only come through proper infrastructure whose major portion consists of electricity.

“And in some sense, a lot of efforts are going in this subject in India today.”

The minister also said that women needed to be the focus of all development plans and activities because they “have the potential to change India’s destiny”.

“Personally, I have no doubt that women of this country have the ability to become agent of change,” he said. releasing a book, “The World in 2050- Stiriving for a More Just, Prosperous and Harmonious Global Community”, authored by Harinder S. Kohli, a renowned economist.

The book stresses upon women empowerment, infrastructure and skill development in the country.