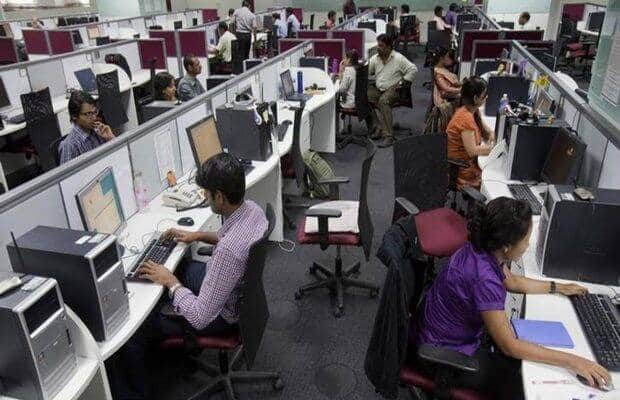 Total employment generated by nine select sectors stood at 3.1 crore in the July-September 2021 quarter, just 2 lakh more than that of the April-June period, according to a quarterly employment survey (QES) by the labour ministry released on Monday.

The second QES – the pioneering one was done earlier for the April-June 2021 period — also revealed that employment in these sectors during the July-September period rose on quarter only in four sectors — health care, IT/BPO, education and transport — while it fell in manufacturing, trade, financial services, accommodation & restaurant and construction sectors.

The share of employment in sectors like IT/BPO and health care in total employment rose as the jobs creation in these segments was brisker.

The QES data shows that even as the second Covid wave abated, the employment scenario has improved only marginally. The government, however, claimed the QES reflected “improvement in economic activities after the lifting of lockdown restrictions by states” to curb the second Covid wave, that hit the country in April 2021.

The July-September QES has July 1 as the reference date. The first round of the QES for the April-June FY22 was released in September last year.

In fact, the QES shows that the country’s employment growth in the organised non-farm sector trailed the rate of economic expansion by a considerable margin in the eight years to FY22, with just 3.4% annual increase in jobs in the sectors. The nine sectors account for around 85% of the total establishments that had 10 or more workers during the sixth round (2013-14) of the economic census (EC).

“Of the total employment estimated in the selected nine sectors (during the July-September period of the current fiscal), manufacturing accounted for nearly 39%, followed by education with 22% and health as well as IT/BPOs sectors both around 10%. Trade and transport sectors engaged 5.3% and 4.6% of the total estimated workers respectively,” said the QES report. The share of manufacturing in total employment in these nine sectors was 40.6% in the April-June period followed by education at 21.8%, health at 8.4%, IT/BPO and trade at 6.7% each and financial services at 5.7%, among others.

The QES is a part of the All-India quarterly establishment-based employment survey (AQEES); it will also include an informal sector survey, covering establishments employing less than 10 people, being done by the Labour Bureau.